The Amazon Kindle Fire was considered a hit immediately when it launched, because of the $200 price tag, but now all sorts of cheaper models have started appearing. Among them there’s the Impresion 7, a $179 slate that packs a 7 inch display with a 800 x 480 pixel resolution.

The slate runs the antique Android 2.2 Froyo and comes with a 1GHz processor, 512MB of RAM, 4GB of internal memory and two USB 2.0 ports. There’s also a microSD card slot on board, a 0.3 megapixel camera upfront and support for WiFi 802.11 b/g/n. The maker of the Impression 7, Leader International announced the Impression 10, a 10 incher model.

This one will be priced at $349 and debut together with the Impression 7 in November. Leader International promises country-wide availability as soon as the products launch, but they failed to mention and retailers. 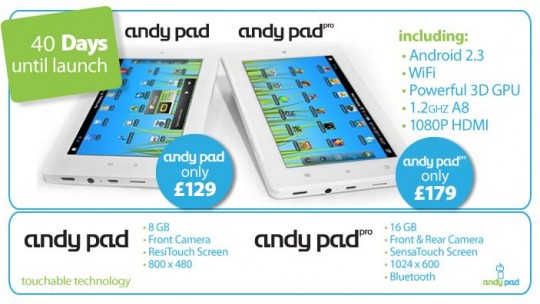 AndyPad British Tablet Gets Specced and Priced: Starting From 129 Quid