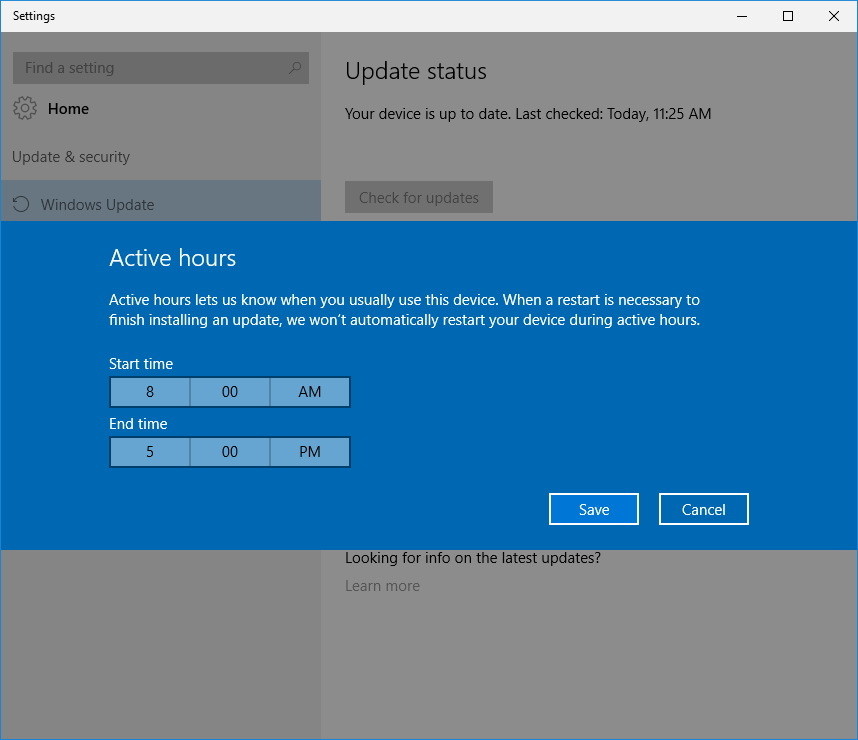 What’s more annoying than the constant reminder from Windows 7 and Windows 8 to upgrade to Windows 10? Well, it’s got to be the tons of updates that these OSes are getting and they usually involve reinstalls, that may be triggered right in the middle of working on a project. There’s now a solution called Active Hours and it gets detailed below. 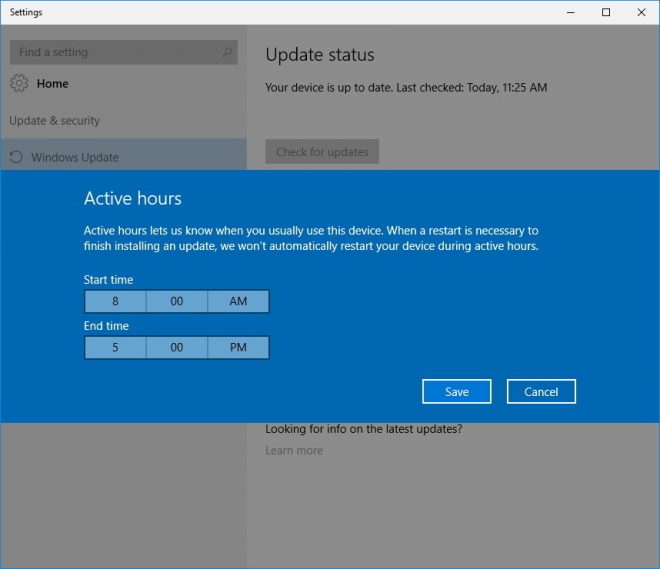 This is part of the new update improvements coming with the Anniversary Update, that can be already tested with the Windows 10 build 14316 and later releases. Active Hours is the main feature here, letting the PC know when you’re actually active on it and working on something, so it won’t reset on you out of the blue. 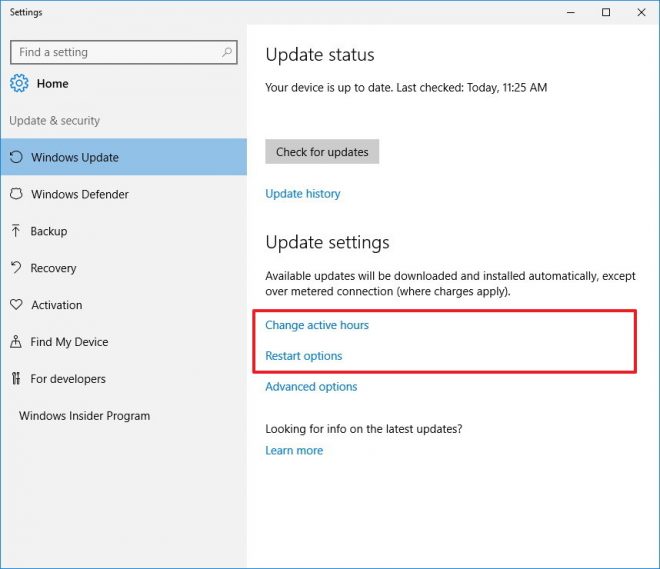 All you need to to is press the Windows Key and “I” together to open the Settings app, go to Update & Security and then in the Update settings area you’ll notice Change Active Hours. There you can specify the time when you’re using the computer and remember that the maximum amount of time is 10 hours. Any bigger duration is invalid.

Or there’s also the option of setting a custom restart time by going to the Settings app, then Windows Update, Restart options and turn on the feature “User a custom restart time”. Then you set the actual time and day. Why is this important? Because sometimes crashes and notifications can make a difference between life and death… 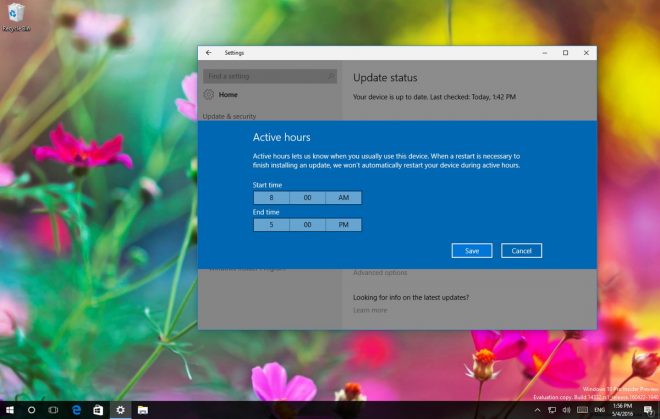 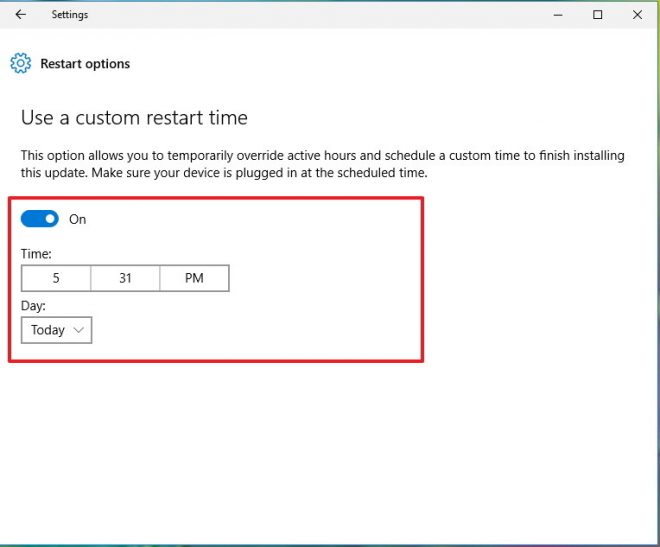 Microsoft’s Cheaper Surface Might Bring a Pentium Processor on Board