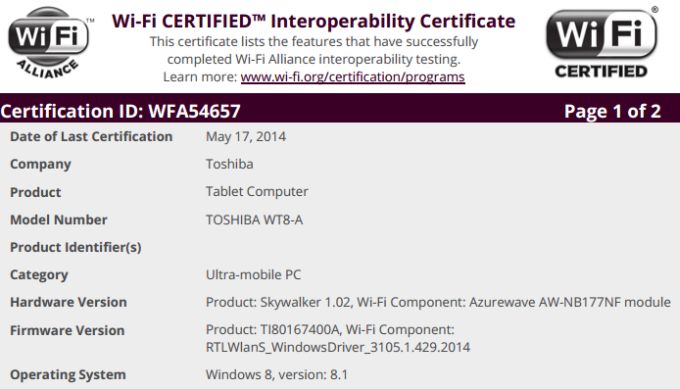 Recently, on the WiFi Certification website a new Toshiba model showed up, a device called WT8-A32. This device it’s described as an ultra mobile PC with Windows 8.1 software. As we may know, the Toshiba Encore 8 it’s called WT8, so this WT8-A32 could be a bigger model or an upgraded version of the 8-inch tablet. 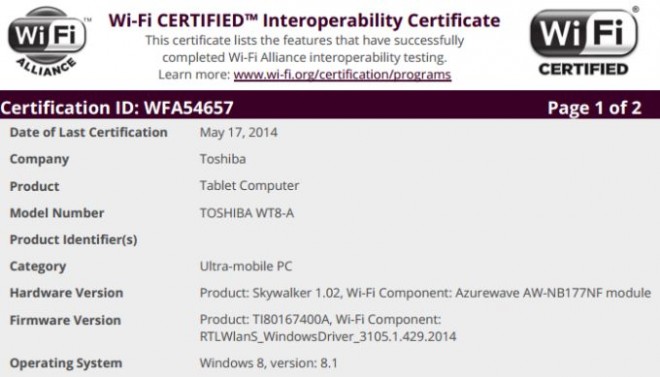 Like the 8-inch model, we expect that this possible 10-inch slate to come with an Intel Atom Bay Trail processor, 2 GB of RAM, 32 GB of storage and a multitouch display. On the connectivity side we may have Bluetooth 4.0,  a microHDMI port, a microSD card slot and a 8 megapixel camera on the back.

We still don’t know if these will be the exact specs of the Encore 10 tablet, but until we get some real info about the product this it’s the best specs list we have. The Toshiba Encore 10 could also come with a higher resolution