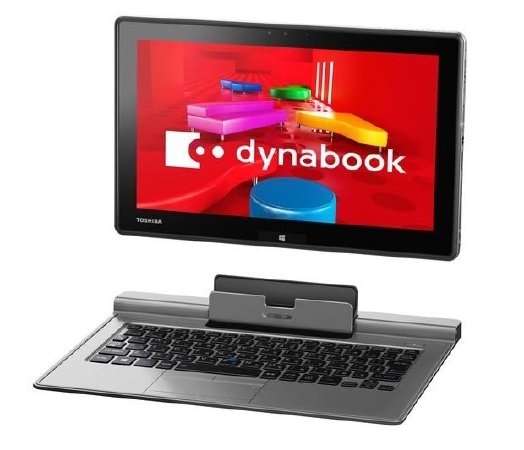 It appears that not only HP and ASUS are making hybrid tablets, but also Toshiba, with the V7 13 model pictured here being another example of that format. This device allows a tablet to connect to a keyboard segment, as shown below.

There’s also an Ethernet port in the mix, HDMI and VGA outputs and a backlit keyboard. Toshiba V713 employes an Intel Core i5 processor and a 11.6 inch Full HD display, accompanied by 4 GB ofRAM, a 128 GB SSD and a rear 3 megapixel camera. Upfront we’ve got a 1 megapixel camera and the device comes with handwriting electromagnetic induction system with optional pen.

The slate runs Windows 8 and weighs 825 grams, but with the base it reaches 1.43 kg. Toshiba V713 will debut in Japan with a sale price of $1467 if my conversion is correct. Even with the inclusion of a Core i5 CPU, this seems a bit too much, especially when compared to an ASUS Transformer.