Toshiba introduced the Portege Z10t premium 2 in 1 Windows tablet last year, priced at quite a premium price and now we’re waiting for a successor. That model may come soon, packing a 12.5 inch screen, according to rumors. 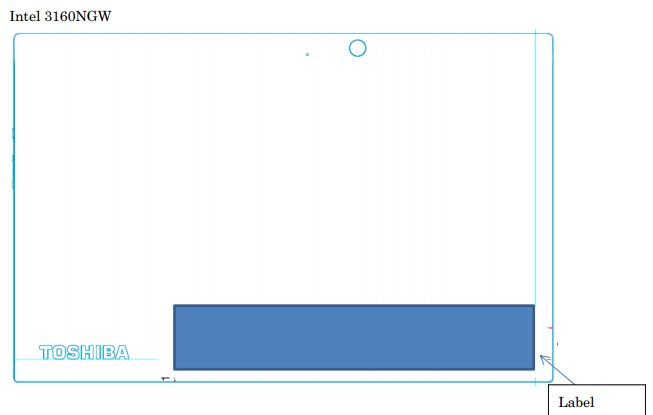 The Toshiba Portege Z20t reached the FCC this week and it’s the newcomer we just mentioned. The FCC documents mention a 12.5 inch screen, dual band WiFi 802.11ac, Bluetooth 4.0 and a keyboard dock, that turns the slate into a notebook. This will probably be a new Windows premium tablet, priced over $1000 like the predecessor. We expect to see Intel Core M Broadwell chips on board, since last year’s model had the Haswell.

The Core M Intel chips are low power high performance units, tailored to light and thin units, typically fanless ones. Given Lenovo’s latest evolution on the tablet and smartphone market, they can continue to experiment with all the formats they want, since the cash keeps pouring in, especially from the PC biz.