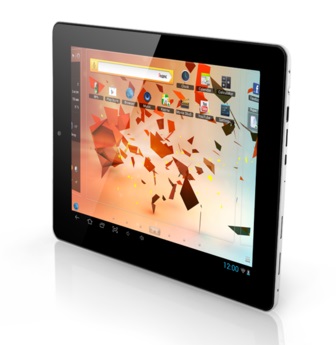 Maybe not as active as the Chinese manufacturers, the Russian seem to want to offer all the best in terms of mobile devices, announcing new ones at a rapid rate. The latest comes as a very attractive offer, supporting good hardware specs and a very high resolution screen.

Manufacturer Alkotel has announced its latest product in the form of the teXet TM-9751HD tablet. The device comes powered by the Boxchip A31 chip that offers quad-core performance at a decent price. The design of the tablet is characterized by a slim and compact body while the manufacturer advertises its price to go on the affordable side.

The teXet tablet supports an IPS display that offers the 2048×1536 pixels resolution that is said to go past the Retina standards stated by Apple. The graphical power is provided by the PowerVR SGX544 GPU while the 2 GB of RAM should be more than enough for multitasking. The tablet features video formats in UltraHD, FullHD 3D and 4K standards and comes with a very large 8000 mAh battery. It comes with 16 GB of internal memory, microSDHC up to 32 GB,  a 2 megapixel front camera and is available in two colors – black and white. Pricing is set for around $320.