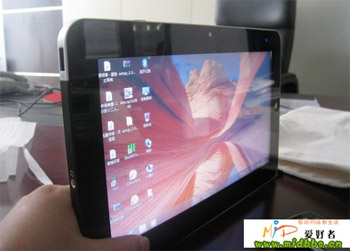 The TESO tablet was called “a comically large iPhone” when it was first uncovered and apparently it’s now getting an update. The new version is a 10 inch model, based on Windows 7 and sporting a case that’s only a bit better looking than the original model. The edges are rounded and the top and bottom bezel have been widened.

An addition is the webcam incorporated into the device and the hardware update also switched the Intel Atom N450 CPU with an Intel Atom N455. This processor change allows the device to use DDR3 RAM instead of DDR2. The rest of the specs remain unchanged: 3G, a 4 in 1 card reader, WiFi b/g, 3 USB 2.0 ports, an accelerometer, 320GB HDD and a 3000 mAh battery.

If you’re wondering about price, TESO is apparently ready to take off for $400 or under. 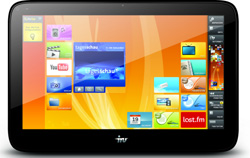