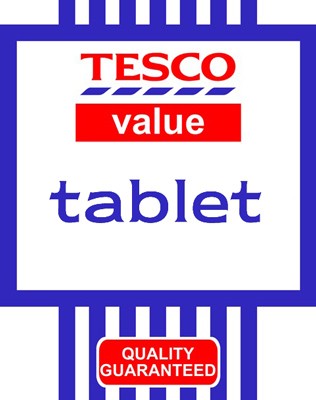 As the likes of Walmart and Best Buy are all said to be working on their own tablets, Tesco joins the gang and at least in the land of rumors they’re said to be making a slate. Tesco was a big supermarket name and then it entered digital content area with its Blinkbox TV/movie/music streaming services.

The Times is claiming that Tesco will brand its own tablet, launching a product before Christmas time. Details about the device are not known yet, but the product is said to be loaded with video, music and e-books, plus apps for Tesco online shopping, banking and Blinkbox services. This would mimic the Amazon and Google way of doing business, which is logical.

There’s also place on the market for a 3G slate running on Tesco Mobile. Android is expected as the OS and a budget friendly price is also in the rumors. This sounds like a product intended for people familiar with Tesco services and products, rather than geeks and fanboys of top notch devices.