It appears that tablets are not the IT product segment anymore and we’ve known that for about 2 years, ever since 2014, when the whole segment started taking a dive. Now it turns out that the youngsters and teens don’t like and use tablets anymore, prefering smartphones in their stead.

The info comes via a GlobalWebindex report, that shows fewer people are using tablets today, compared to a year ago. 16 to 24 year olds are barely using those devices, apparently. The reason is the heavy usage of smartphones. the report covered the digital habits for the first quarter of the year 2016. Back when Steve Jobs introduced the iPad more than 5 years ago, it was deemed as a “magical and revolutionary device”, but now it’s far from it. 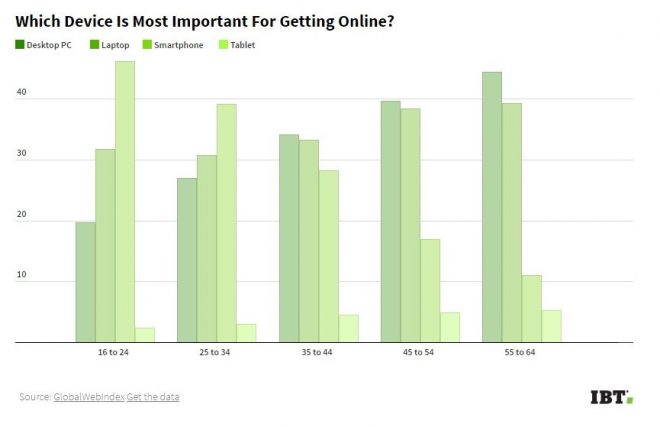 Tablets have been growing a lot ever since 2011, but their main problem has been their long life cycle, of 3 or 4 years, unlike the one of 2 years that smartphones have. Turns out that nowadays for most of their online activities tablet users will resort to a mobile phone and not a tablet. Mobiles are also prefered for second screen activities, with over half of the digital consumers using a handset while watching TV.

The group of youngsters mentioned above identify mobiles as their most important device and they average 3 hours a day online using those same devices, plus 25% of them are using voice search. Tablets only remain unbeatable when it comes to bing watching video on demand and gaming, but otherwise mobiles are first in all categories.

The tablets as PC replacements are indeed a thing, but they’ve reached a tipping point, from where they can only go down. And phablets can pretty much replace 90% of the features they offer…