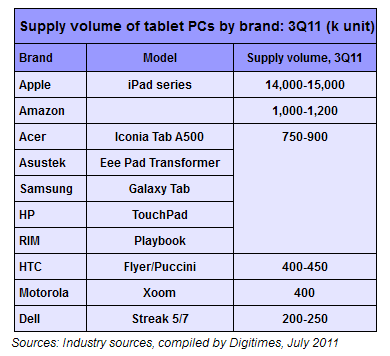 With Amazon preparing its first tablets and HP and Motorola supposed to launch new products, upstream component suppliers for tablet PCs are ramping up their production. They are preparing for a busy Q3 with shipments expected to surpass 21-22 million units in Q3, compared to the 13.5 – 14.5 million shipped in Q2.

Among the companies that matter the most in tablet production we count Motorola Mobility, RIM, Acer, Asustek Computer, Lenovo and Samsung. Amazon and HP will also start to matter in Q3 and we’re not discussing the iPad and its domination here. Non-iPad makers will deliver about 7 to 7.2 million units to companies, double from the second quarter.

Apple will take delivery of 14-15 million slates from Foxconn in Q3, an increase from the 10.5-11 million in Q2. Amazon is the most impressive brand with demands for touch panels, reaching 2 million in the following 2 months. 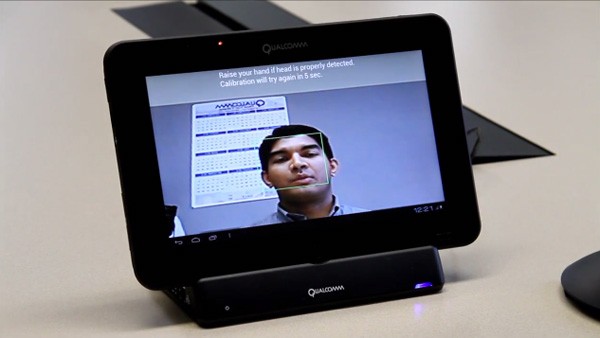