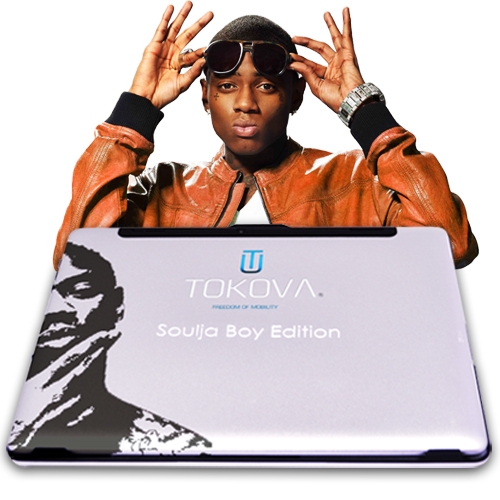 There are several artists out there very involved with the tech industry. We’ve got Will.i.am from Black Eyed Peas with all the techy stuff in his videos, we’ve got Ashton Kutcher with his own social media company and playing the role of Steve Jobs and now Soulja Boy, one of the many famous rappers in USA gets his own tablet.

Tokova is the brand making the device and apparently this is an Android tablet maker that frankly I’ve never heard about. The rapper partnered with them to make the tablet, the Soulja Boy Eiton slates, that come in two versions. The first one is the Tokova Tiger Shark and the other one is the Tokova Great White. Both feature an exclusive design and the rapper’s name and image on them. Aside from that the devices offer pretty much the same as the original editions.

You get a Tiger Shark 7 inch slate with Android 4.0 for $400 and its specs include a 1.2 GHz processor, 64GB of internal storage, while the Great White is priced at $500 and provides a 9.5 inch display, Android 4.0 and a 1.5 GHz quad core processor, as well as 2GB of RAM and 64GB of storage. Those slates are pretty expensive, if you ask me, but for Soulja Boy fans nothing is too pricey. 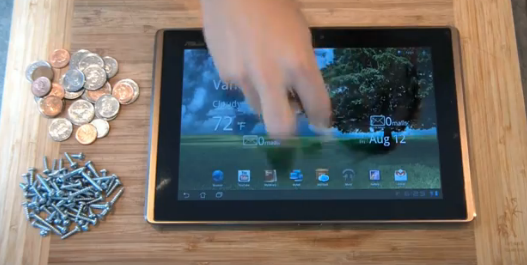