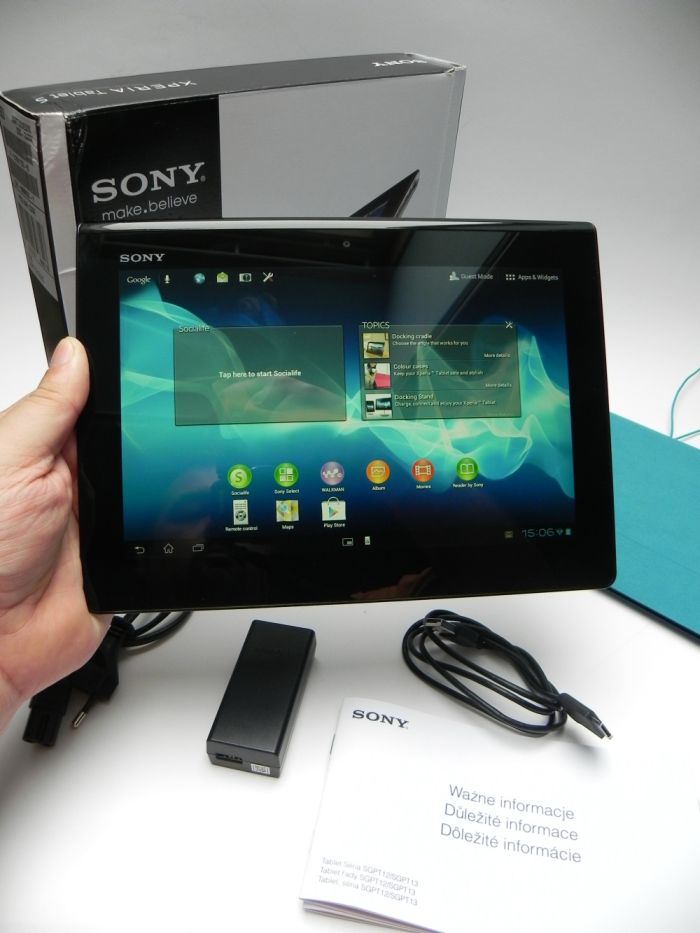 The Sony Xperia Tablet S shows that Sony didn’t learn anything from the criticism it received for the design of the 2011 Tablet S. They kept the same design, but added some hardware improvements, like a better CPU and a better camera. Xperia Tablet S goes for $399 in USA, for the 16 GB WiFi version and it’s pictured below, in our unboxing. 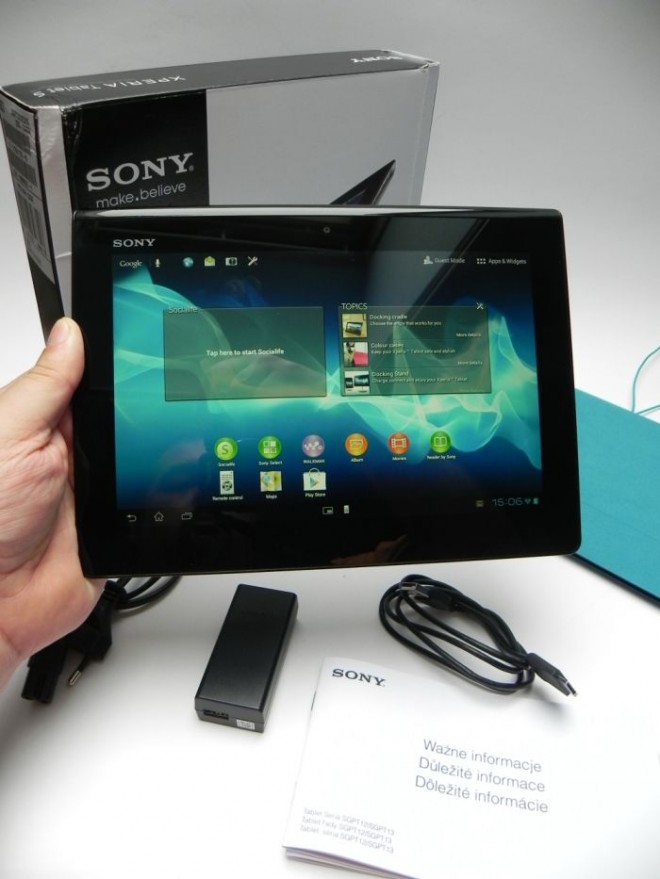 This product was announced at IFA 2012 at the end of August and it’s only now hitting the market. It comes inside a big black box, with the usual charger and USB cable included, as well as a huge amount of manuals, as Sony usually provide with its products. This is a 9.4 inch tablet with Android 4.0.3 ICS as the OS and the folded magazine design that Sony praised so much on the Tablet S. It’s got infrared connectivity, 1 GB of RAM and a quad core Nvidia Tegra 3 chipset.

At the back there’s an 8 megapixel camera, that strangely lacks a flash… Also, the camera UI is pretty poor, if you ask me and looks like in the 1990s. Anyway, know that the slate supports a 1280 x 800 pixel resolution and uses an IPS panel for the display. We’ll be back with more details soon, but I can already feel this is a disappointment.