Some people still haven’t exactly comprehended why we need foldable phones and how they can push the industry forward. I tend to agree with them, having seen the latest prototypes. However, generation 2 or 3 of these devices may actually do something radical. That’s why we keep an eye on new patents, like the one below.

It’s obviously a Samsung foldable, as we’ve seen so many times. Samsung already showed a 7.3 Galaxy F prototype that morphs into two 4.5 inch screens on a smartphone format. We’re a few months away from the official introduction and that’s when we’ll learn more. In the meantime LetsGoDigital came across this new patent, related to the Galaxy F somehow. The documents were published on November 7th 2018 and they were submitted for approval in early 2018.

The patent describes a foldable phone with a display upfront and a larger tablet sized screen inside. There are narrow screen edges here and the speaker and sensors are integrated within the bezels. Actually we see several versions of the machine, with a cutout in the screen panel, or with separate cuts for each component. Two other foldable Samsung phones show a display covering only half of the device’s facade, in either vertical or horizontal form. 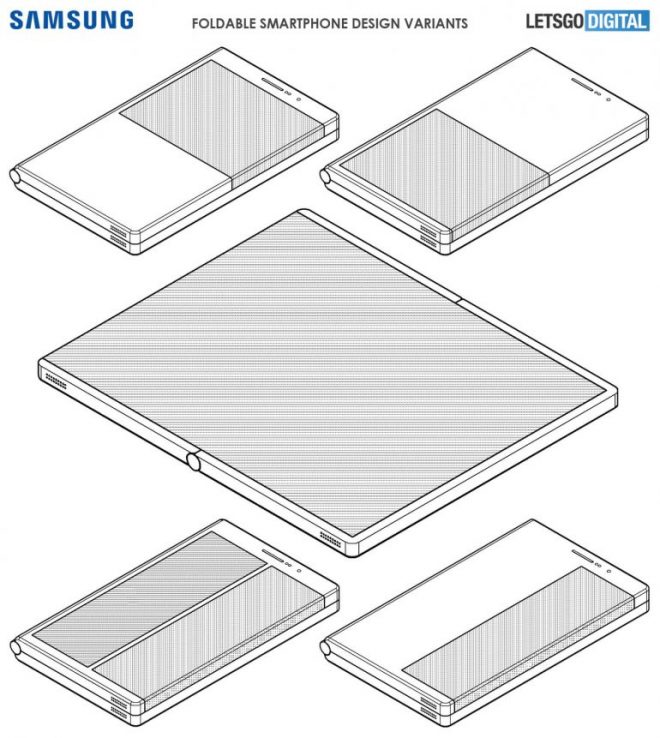 You can operate the screens with a stylus and the front screen is connected to the main one. A rotatable hinge also makes an appearance and it’s quite slim. Even a “hologram” and a projector appear in the documents and a triple screen UI. Sounds like Samsung’s fishing in the dark for the ideal foldable format. 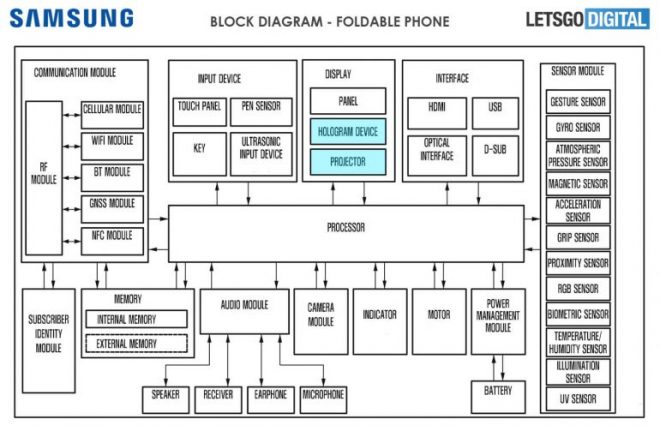