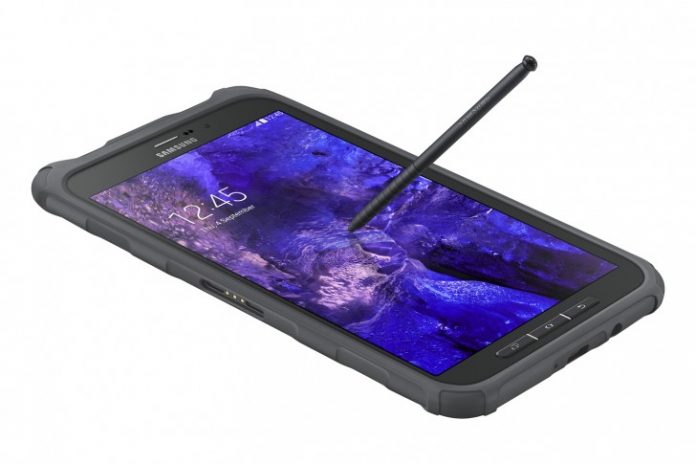 It’s been a while since Samsung launched a rugged tablet, but now it appears they’re pushing for a new Galaxy Tab Active model. The first Galaxy Tab Active came 3 years ago, with entry level specs and dust and water resilience. We thought that the machine was done with, but it’s ready for a follow-up.

The original was also shock proof, which is a nice feature to have on a tablet nowadays. It was available in LTE + WiFi or WiFi – only configs and now a successor is in the cards. Two versions are in progress, according to sources: SM-T390 and SM-T395. The first one is very likely a WiFi only model and the second may also bring LTE in the mix.

These are devices meant for Latin America and Europe and sadly we don’t have other specs for them. I’m expecting physical buttons on the new machine, to make it easier to use in rough environments, where touch input is hard to achieve. Also, I imagine that shock, extreme temperatures, humidity and solar radiation protection will be included. A Snapdragon 4xx series CPU may be inside, plus 2 or 3 GB of RAM and a HD or Full HD resolution should be enough.

A 5 MP and 2 MP camera set should also be available here.