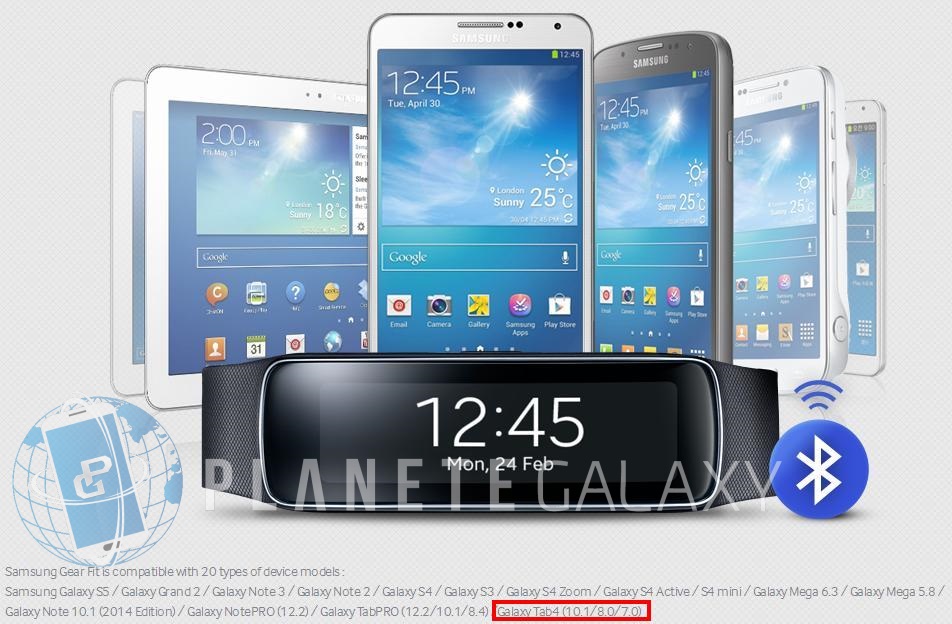 Before the Unpacked 5 event at MWC 2014 exactly one week ago, it was rumored that Samsung would unveil the Galaxy Tab 4 slate series at MWC. That didn’t come true, in spite of the many rumors about the devices and today we get an extra confirmation of their existence. 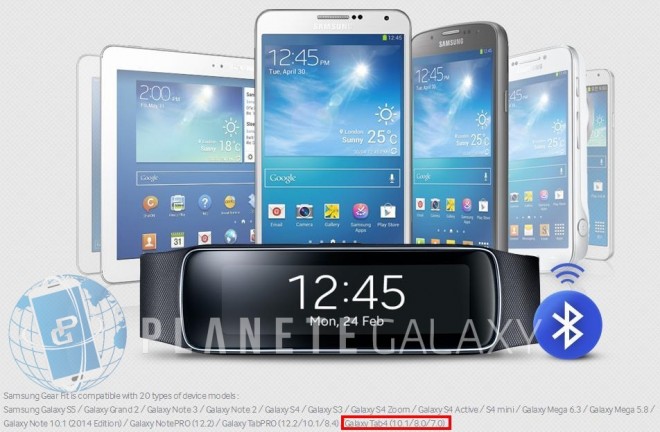 The Gear Fit, the device that was awarded the title of “Best Mobile Device” at MWC has a special list of compatible devices, that includes some strange mentions. For example, its official image even mentions the Galaxy Tab 4, with 3 versions of diagonals, in spite of that model not being launched yet.

Apparently there will be a 10.1 inch Tab 4, an 8 incher and a 7 incher. Samsung already debuted its high end tablets at CES, so it’s time for their midrange and low end models to debut, this time with 1280 x 800 pixel resolutions and quad core Snapdragon 400 CPUs. We can’t say when the products will launch, but it may happen pretty soon.