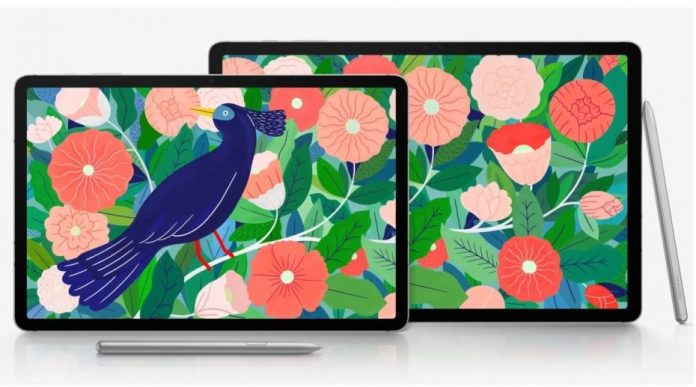 Samsung has been really careful with its tablet updates lately, bringing up to speed the most powerful Tab S and Tab A devices. Now the Samsung Galaxy Tab S7 and Tab S7+ are getting April security updates, with some extras included. Let’s see what’s new.

The new software version has been confirmed and spotted in countries from Asia, Europe and the UK. Both the WiFi and cellular version of the slate are getting the patch, which also brings extras aside from the usual security patch, stability stuff and bug fixes. The new update brings optimized compatibility for mice and keyboards or other external input devices. You can use the S Pen and its sensitivity levels even if the Tab S7 is connected to a second monitor, which is a new feature.

Another new function is the option to add background effects to ongoing video calls, which we had on the S21 phones. Then there’s also the screen recording function when hooking up to a PC in DeX Mode. Multitasking gets a boost too, as multi window mode has been improved. The camera on the Tab S7 is also getting some improvements. We now get High-Key mono and Low-Key Mono effects in the Samsung Portrait Mode, plus two new video filters: Highlight Video and Filtered Videos.

You can also use the Palm Gesture to activate the front camera video capture. It all takes up 700 MB in space and should be available in the Settings/Software Update area.