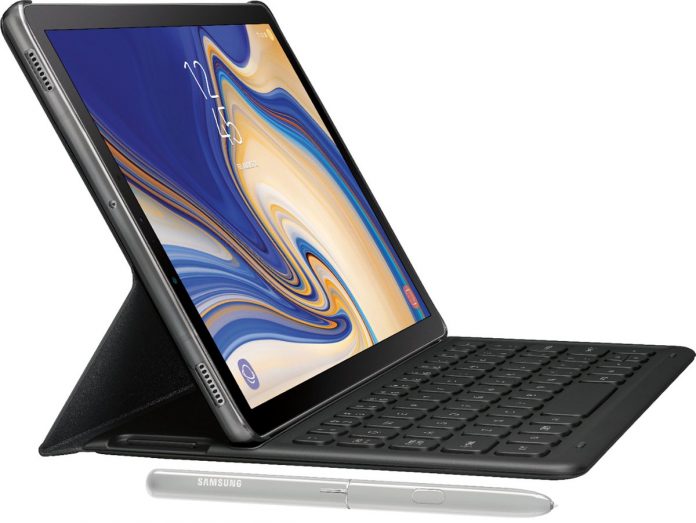 Samsung Galaxy Tab S4 registered a few leaks over the past month, but only in photos and renders. Today marks the first time we get to see it in a video. It’s a pretty short hands on video, that shows some bigger than expected bezels and glass back.

It’s shown in white or black and doesn’t seem to have changed the UI too much from the Tab S3. 11 seconds are certainly not enough to tell if all the rumors were right, but at first glance I saw no trace of Home button, or fingerprint scanner. Samsung Galaxy Tab S4 is expected to come with a 16:10 aspect ratio screen, with narrower bezels compared to the predecessor.

It’ll also have on screen buttons this time instead of capacitive ones, freeing up some space. The latest leaks revealed a pretty generous battery, with a 7300 mAh capacity and also AK audio with two or even 4 speakers, plus an USB Type-C port. We also learned that the fingerprint scanner would be replaced by a brand new iris scanner and also that the device will have DeX functionality, as a second screen.