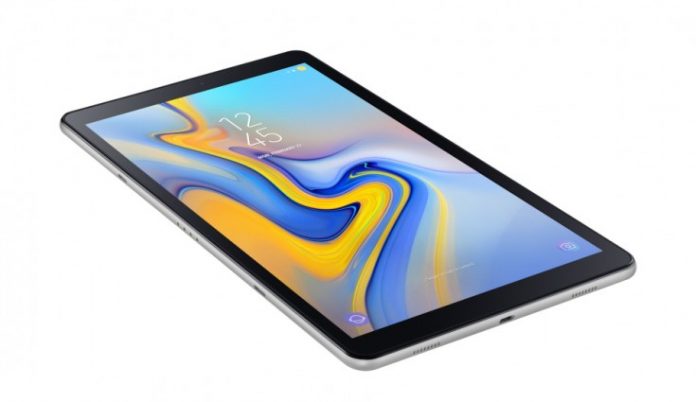 Samsung has been prepping an expanded lineup of tablets for a while now and among those products we find the Samsung Galaxy Tab A4s. The device has recently been certified by Bluetooth authorities and now it also reached the FCC. Its key details have been revealed there and it sounds like a midrange offering.

The upcoming tablet will arrive with a 4800 mAh battery in the mix and it’ll most likely sport a metallic body. Samsung’s new tablet has been certified by the FCC, meaning it should debut soon, possibly at CES 2020. The FCC listing also mentions support for 15W fast charging and it also shows the codename SM-T307U. There’s also the optional LTE connectivity for another version, aside from the WiFi one. Also in the documents there are mentions of the device’s size: 201.9 x 112.4 mm (length and breadth), plus a diagonal of 237.1 mm. 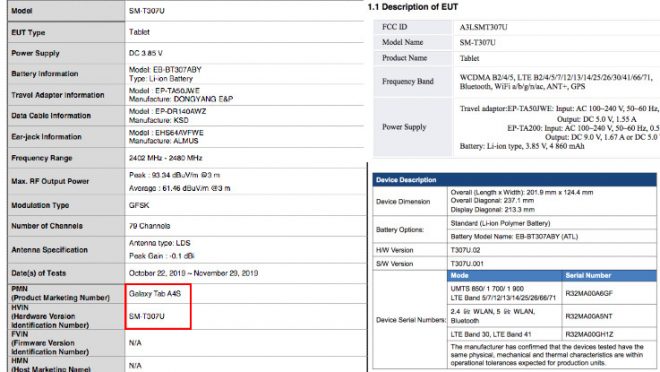 The product is an 8.3 incher, with a HD or Full HD resolution and aside from WiFi and LTE, it’ll also have 4G LTE and GPS. The Bluetooth SIG listing also confirmed it’ll have Bluetooth 5.0. Tab A4s will run on Android 9.0 Pie and offer 32 GB of storage. We expect something like 3 GB of RAM on board, maybe 2 GB and also an older Exynos processor, maybe the one from the Galaxy A40 or A50. An 8 megapixel back camera and 2 MP front shooter may also make the cut.

This sounds like a tablet sans stylus, one meant for social networking and watching videos. 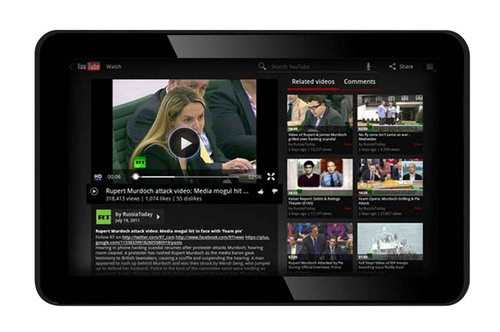