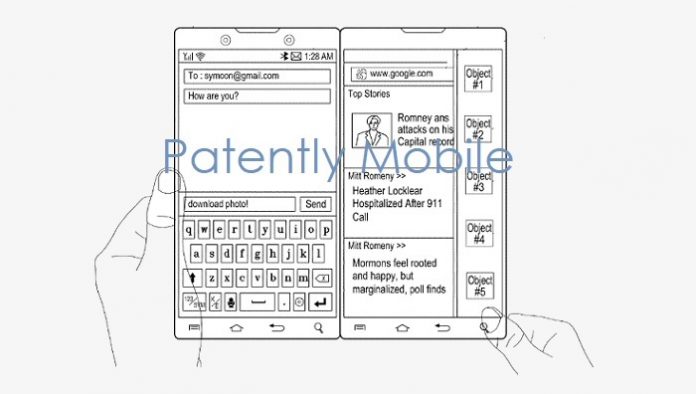 Samsung already has a foldable phone out, the Galaxy Fold and now it’s preparing another one. The Galaxy Fold 2 is pretty much confirmed to be a clamshell and it should be coming on February 11th 2020. At the same time Samsung is also working on future formats of dual display smartphones and foldable devices with hinges. The latest such patent is detailed below.

There’s a Samsung patent that came up in late December and it reveals that the company is still working on a dual display device, that could end up resembling the Microsoft Surface Duo or Surface Neo. The core of the new patent is the way the hinge is hidden from view and the screens get closer in order to create a zero seam approach. Samsung could have waited a bit more and launched a Galaxy Fold with this design, but they just wanted to be first on the market with their foldable. 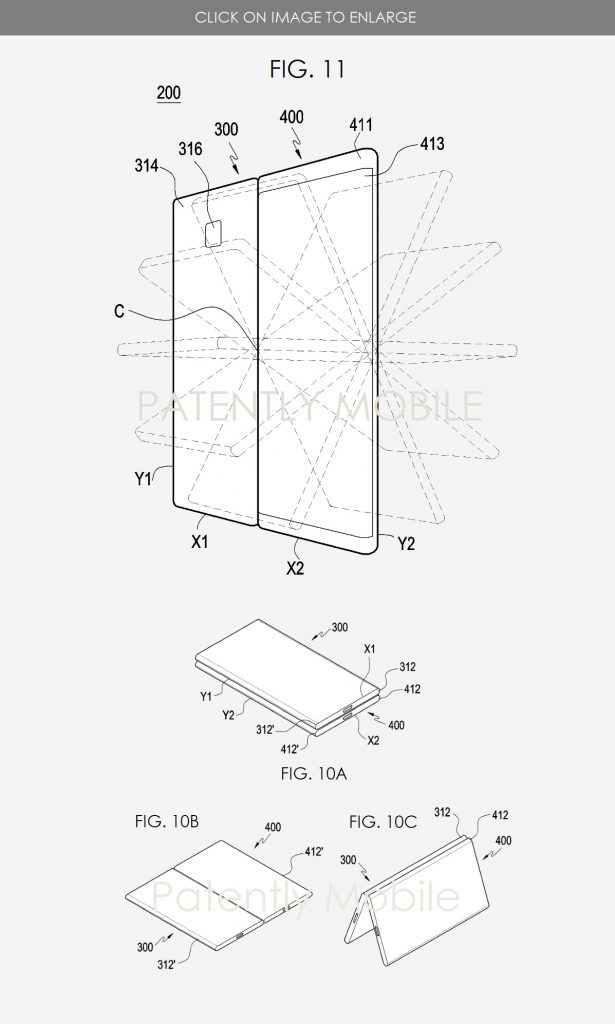 Samsung’s documents mention a method for providing a larger display on a smartphone by coupling two electronic devices via a hinge. Unfolding the device triggers the larger screen. It’s very hard to pull this off as the Surface Duo has revealed, when it was showcased last fall. Samsung’s hidden hinge relies on a magnet group in order to hide mechanisms and make them more efficient. The patent shows rotation on a contact point axis, associated with both sides of the phone. Tubular structures seem to be key here. 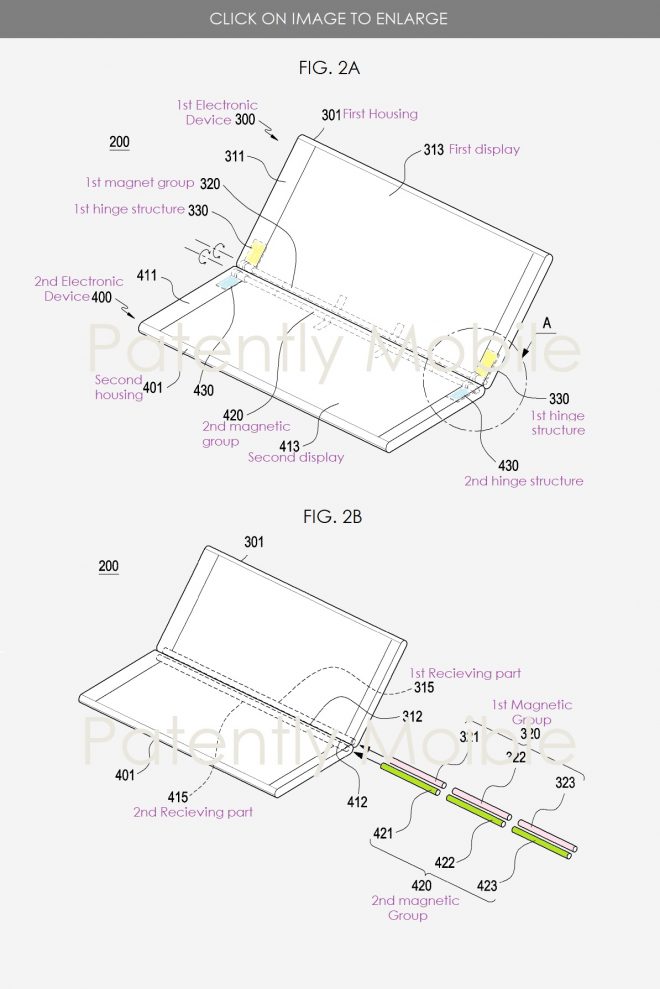 This new type of hinge lets the dual display smartphone open and close in different positions, but also hold those positions. The back camera can also flip to the front side for taking selfies thanks to this mechanism. The patent was filed in June 2019, so before the Surface Duo, meaning there will be no beef between companies. The main problem with a revolutionary hinge is that it has to be tested a lot of times till it proves it can actually work properly. 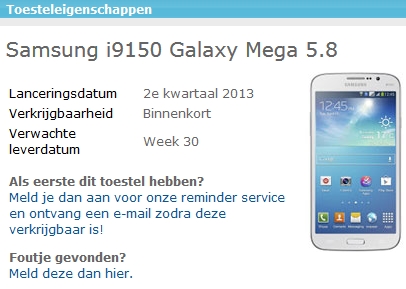