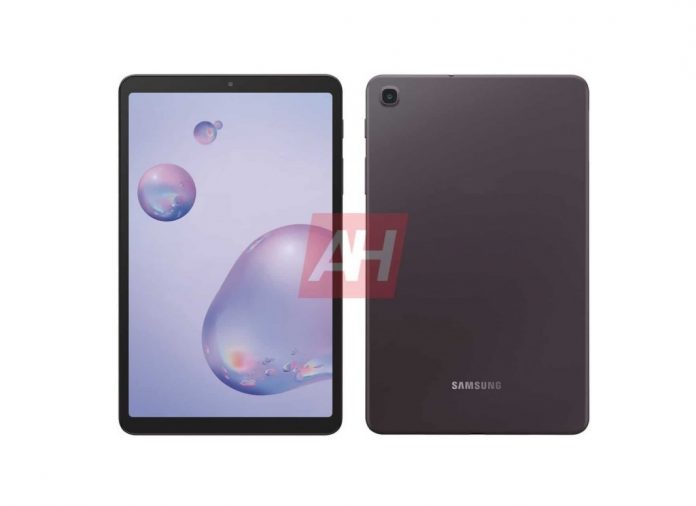 Samsung is done with the phone launches for a while, so it may focus on tablets from now on. Even lacking a MWC 2020 presence, since the event is cancelled, the company may choose to launch a few slates online. One of them could be the freshly leaked Samsung Galaxy Tab A 8.4 (2020). We have details below.

This new 8.4 inch slate had its specs leaked via the Google Play Console and the listing mentions an Exynos 7904 processor, coupled with 3 GB of RAM. There’s an 8.4 inch 1920 x 1200 pixel display in the mix, plus Android 9.0 Pie as the OS, although Android 10 would have been nice. Of course, it could just be a test unit and the final model could have Android 10. 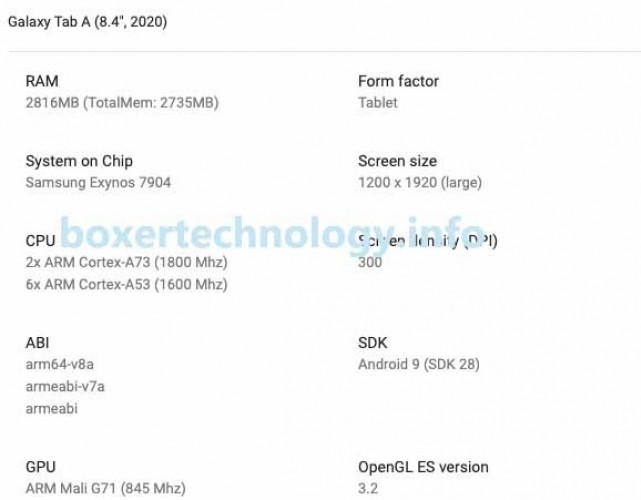 The render from Android Headlines doesn’t show anything out of the ordinary. We see a rectangular slab of plastic or metal, a single camera and pretty large bezels for the screen. There’s a 3.5 mm audio jack and one front camera above the screen. We don’t have a price or launch date, but I’m betting it all goes down before March. By the way the CPU mentioned above was also found on the likes of Galaxy A30, Galaxy M30, A40, M20 and A30s.

I also expect 3 GB of RAM here, 32 or 64 GB of storage and a microSD card slot. We could also see a 4G LTE model, aside from the WiFi unit. Maybe a bigger Tab A is also coming this year, with a 10.5 inch diagonal or so. A Tab S6e would be nice too…

HTC Nexus 9 Gets Canned, As Production Stops, Sales From Play...