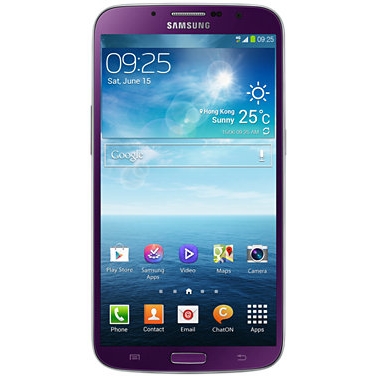 The Galaxy Mega series came to life in June, as two big screen devices, one with a 6.3 inch diagonal and the other with a 5.8 inch screen. Back then it was announced that both models would get a purple version and today we see the Galaxy Mega 6.3 is getting this treatment.

The Mega 6.3 officially debuted today in plum purple, first being spotted on the Samsung Hong Kong portal. The 6.3 incher features a 720p resolution, a dual core 1.7 GHz processor and 8 or 16 GB of storage. It also has 1.5 GB of RAM, Android 4.2.2 Jelly Bean, LTE and an 8 megapixel rear camera with LED flash.

There’s a 3200 mAh battery inside and the CPU is a Snapdragon 400 unit, so basically we’re dealing with an oversized phone with the specs of a Galaxy S4 Mini… The good news is that this model is on the list of devices that will get Android 4.4 KitKat at some point. 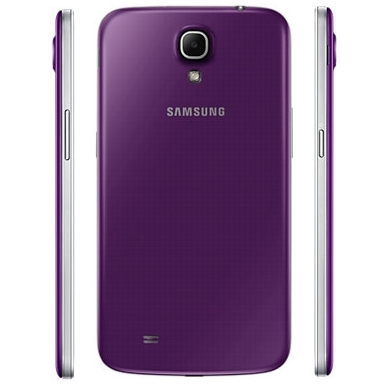