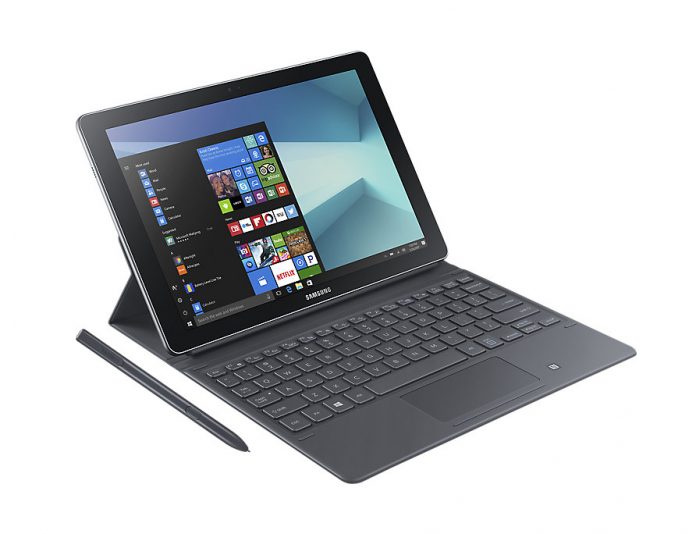 Samsung Galaxy Book S seems to be a brand new laptop, that may be coming soon, judging by a fresh leak. The device recently went through the Bluetooth SIG certification and may well be announced at IFA 2019. Let’s see what we know about it.

The authority has the device listed under the codename SM-W767, which was spotted on the Bluetooth SIG Certification portal. The Galaxy Book S is said to have Windows 10 on board and may well arrive with a stylus. The form factor may be similar to the OG Galaxy Book, but we wouldn’t rule out a larger screen. Sources say that the newcomer has 8 GB of RAM, an octa core processor and a clock speed of 2.84 GHz. 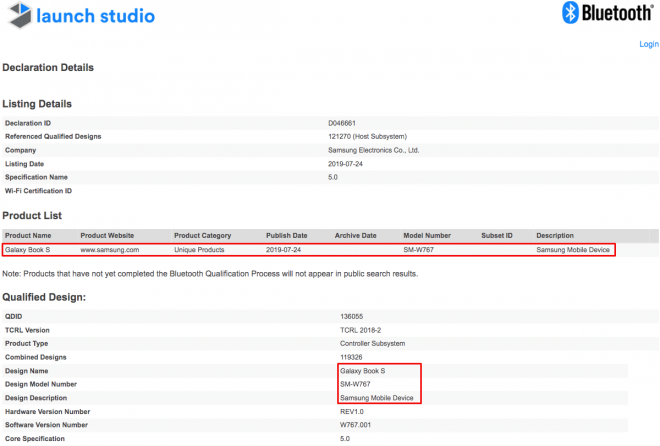 Sadly that’s where all the leaks start and end, associated with the codename Samsung Galaxy Space as well. Interestingly, the model number SM-W767 is pretty close to the Galaxy Book 2’s SM-W737, so we may end up seeing a Snapdragon CPU inside. This would make the new model a 2 in 1 machine, with 4G LTE connectivity and perhaps even 5G if Samsung is ready to play in that field.

A Snapdragon 855 CPU may make the cut and the Galaxy Space was also leaked in GeekBench recently, with modest scores, but higher than the Galaxy Book 2. We’ll learn more at IFA 2019.