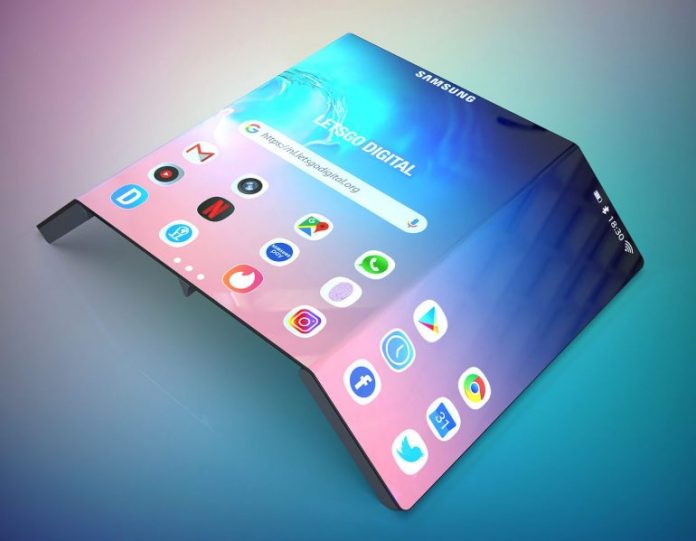 A new breed of Samsung foldable phone is coming and Samsung really wants to knock it out of the park this time. We’re seeing new patents and the one shown below reveals a dual folding machine that feels more like the Xiaomi device that leaked in January.

Letsgodigital took over the patent and turned it into a set of renders as they usually do. What we’ve got here are 3D renders of a device that expands its screen estate tri fold. It turns from a phone to a big tablet fast. Samsung is said to have been experimenting with everything, from vertical clamshells to dual folding phones and Mate X like formats. 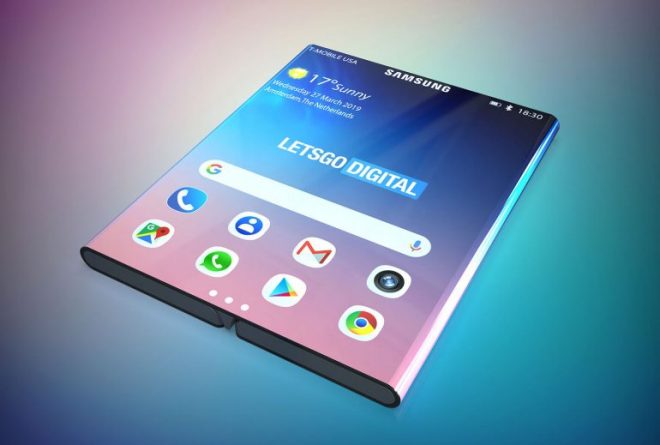 This device feels a bit like a paper airplane, in that the side screens will fold and hide below the main screen and body. They also create a second display at the back side. That back screen will be a bit prone to scratches, though. The two parts that you’re going to fold are quite a big thicker than the middle part. 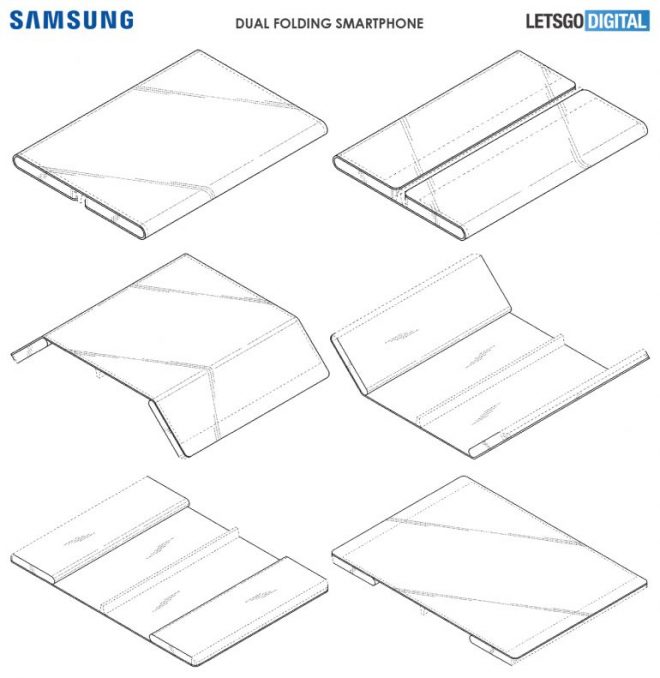 The result is obviously very thick, even by foldable phone standards. In order to integrate the side screens, Samsung has placed a special support down the middle, along the axis of the device. In the folded position, the support falls between the two display parts. More moving parts means more potential damage, so Samsung must really be careful with these mechanisms.

I also can’t see any way for an easy camera integration. It’s all patents now, but it will take a hard task to pull this off at cost. 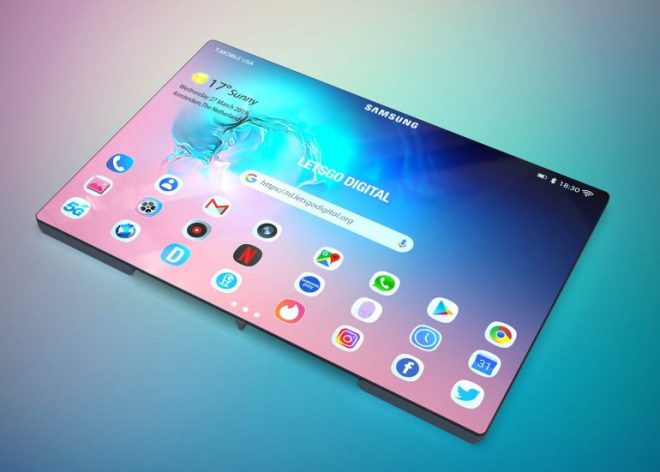 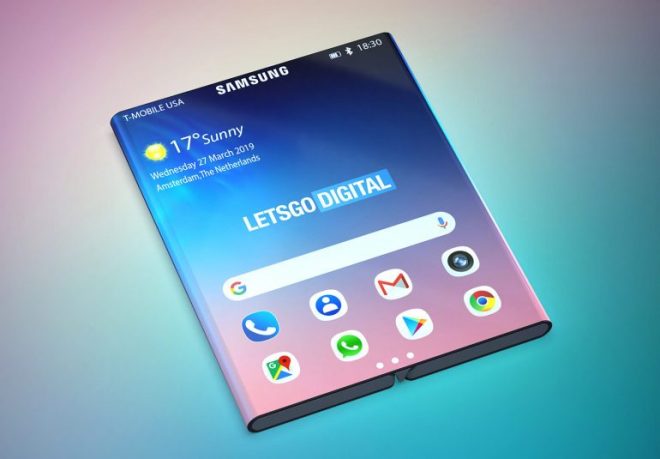