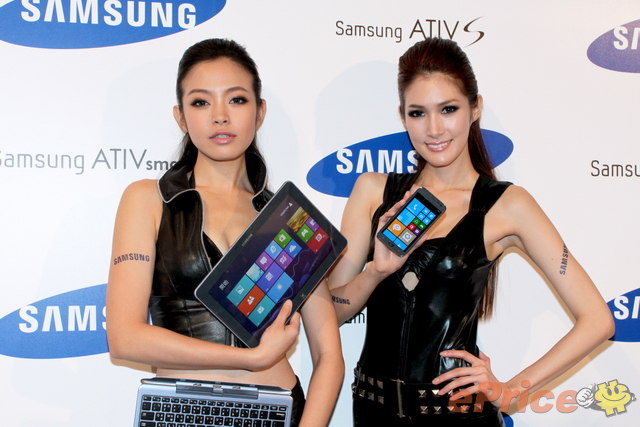 Good news for people who want to get in on the Windows 8 and Windows Phone 8 trend: retailers have started preparing the Ativ S handset and Ativ Tab slate for launch this week. The new models arrive this year, after speculations that they were actually delayed for 2013.

Of course, the devices won’t hit carriers anytime soon, but that doesn’t mean one can’t find them at retailers. UK retailer Clover will offer both the Ativ S and Ativ Tab, starting from December 14th. The Ativ S will sell for about $600 without taxes, about the same as the price applied in Canada. It appears AT&T and T-Mobile will also have this product available soon. As far as the tablet goes, The Ativ Tab is offered by Clove for around $725, without taxes.

For this price you get a Windows RT tablet, with a 1.5 GHz dual core processor, 2 GB of RAM and NFC. This is a 32 GB version of the tablet, that has microSD and a 10.1 inch 1368 x 768 pixel display. I can’t quite figure out why this model has a dual core CPU and not a quad core one… I mean I know it’s a Qualcomm Snapdragon S4 Plus, but still, it’s no Tegra 3, right? Other specs include a 8200 mAh battery and a 5 megapixel camera with LED flash.