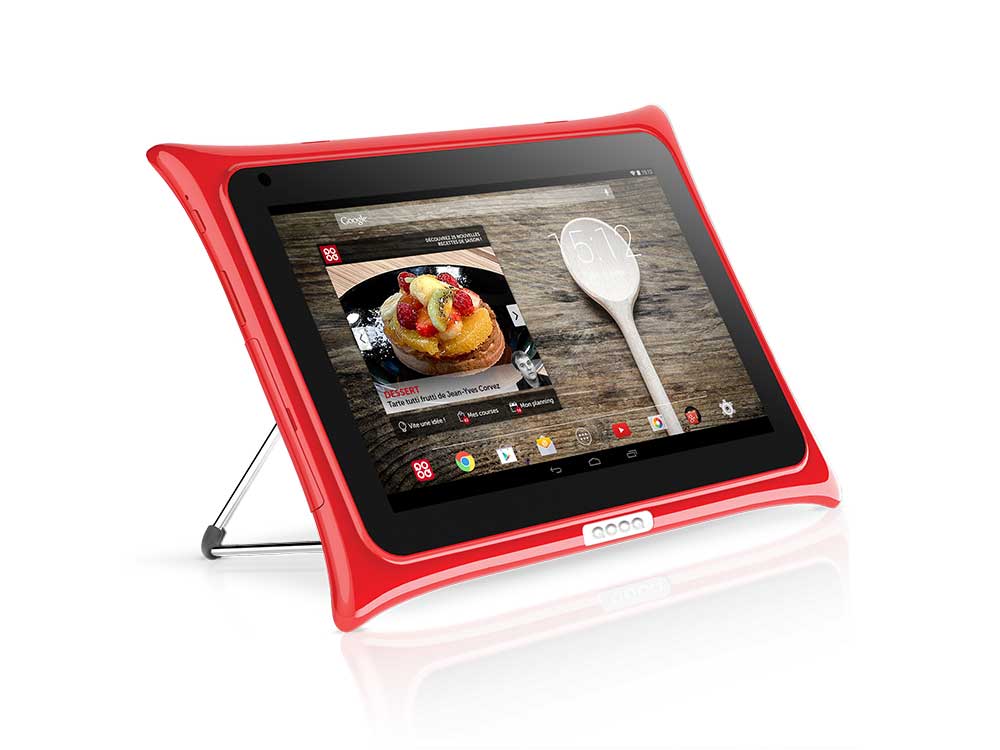 The segment of devices for kitchens isn’t new and some people still consider it a big niche. There are companies that are pretty involved with such products, an example being the QOOQ V3 model shown below. This one is a Tegra 4 tablet with Android 4.4 KitKat and emphasis on cooking features.

It’s been two years since the first QOOQ tablet debuted and since then we’ve seen a few models under this brand. As you can see, the QOOQ V3 comes with a kickstand and it’s protected against splashes and accidental knife cuts by a special plastic shell. The product comes in chrome red or pearl white and measures 11.5 mm in thickness, while also weighing 700 grams, which is 200 less than the previous model. 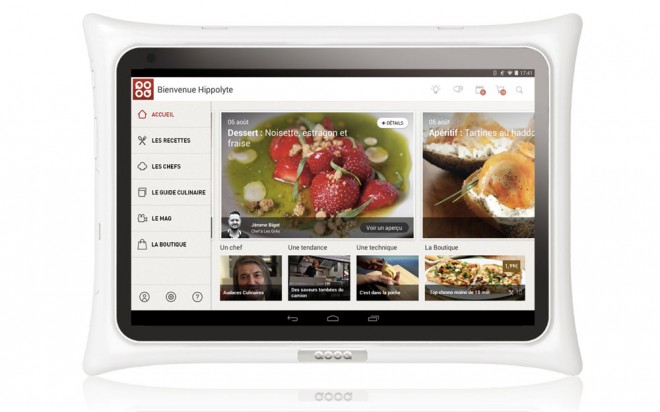 Inside it we find an Nvidia Tegra 4 processor, clocked at 1.9 GHz, as well as 1 GB of RAM and 16 GB of storage. The screen is a 10 incher with a 1280 x 800 pixel resolution and we’ve also got a 5 MP back camera and a front 1.2 MP shooter. There’s microUSB, micro HDMI and a microSD card slot, all of them protected by lids. WiFi, Bluetooth, GPS, an accelerometer and strong speakers are also included in the mix.

Finally, the battery is a 5800 mAh unit, estimated to offer an 8 hour functioning time. The cooking tablet costs 399 euros and you can find it here. 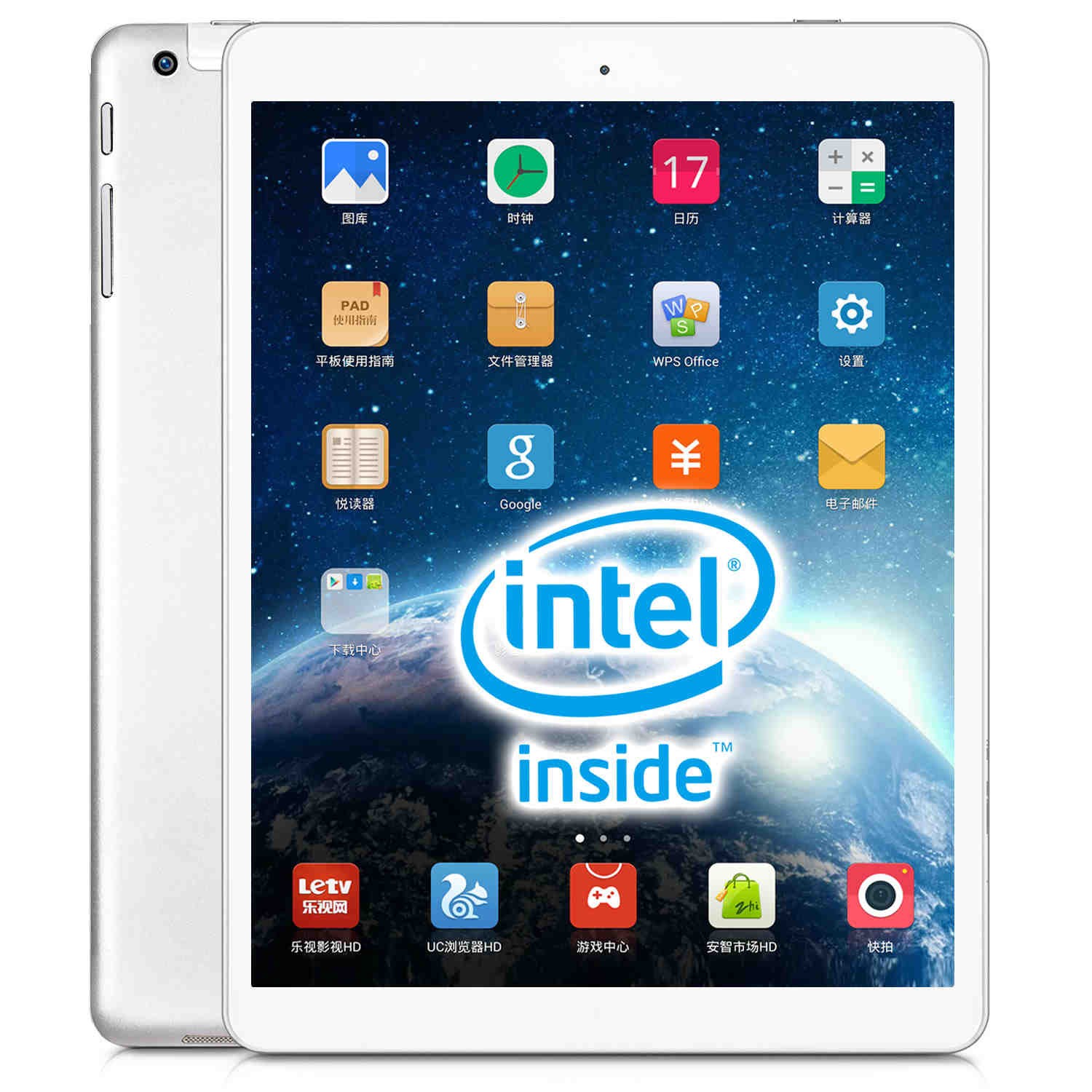