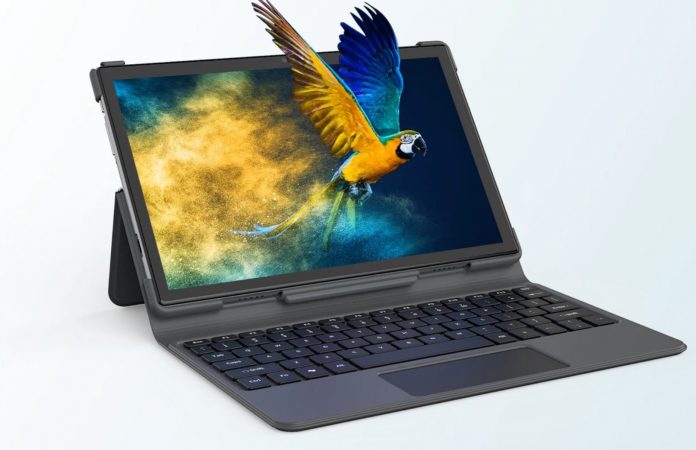 Blackview is one of those companies that not many people have heard of, but for the past year or so we’ve heard them mentioned in relation to tablets. Turns out that they’re prepping a new slate, the BlackView Tab 9, which is very close to debut time. What we know about it you can learn below.

First of all, this device comes from China and it’s most likely meant for the Chinese market, but it’ll also ship globally. Blackview Tab 8 was actually a bit of a hit, when it was launched about 6 months ago. Now we’re ready for the Blackview Tab 9. What we know about the newcomer is that it features a 7480 mAh battery, which promises up to 6 hours of video time, but also 6 hours of “non stop gaming”. Or you could go for 7.5 hours of web browsing, 38 hours of music or 30 hours of calling.

That’s pretty much all we know, but we could make assumptions based on the predecessor. For one thing, the Tab 8 had an excellent build quality and a durable body. Tab 9 will use a unibody aluminum case, with 8.9 mm waistline and a comfortable to hold unit. Blackview is also bundling a free tablet leather case. It’ll run on Android 10 with Blackview’s own custom skin known as Dock OS_P 01. There’s also a Dark Mode, gesture navigation, Parental controls and more. Inside we find an unnamed octa core processor, as well as 4 GB of RAM.

There’s 64 GB of storage, a microSD card slot and a 10.1 inch Full HD+ screen with reasonably sized bezels. We also get a 13 MP back camera with LED flash and a 5 MP front shooter. The price is a mystery for now, but you can learn more about the device from here.