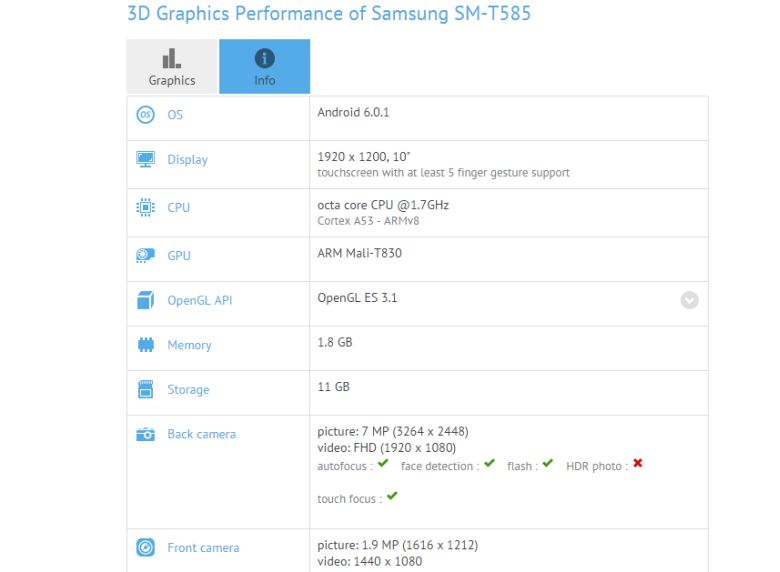 Samsung has been launching mostly phones this year, but to our surprise, they didn’t debut any new tablet at MWC 2016. Well, they are preparing new big screen devices, don’t worry and one of those may have just leaked via benchmark. It’s supposed to be the Samsung Galaxy Tab A 10.0 (2016). 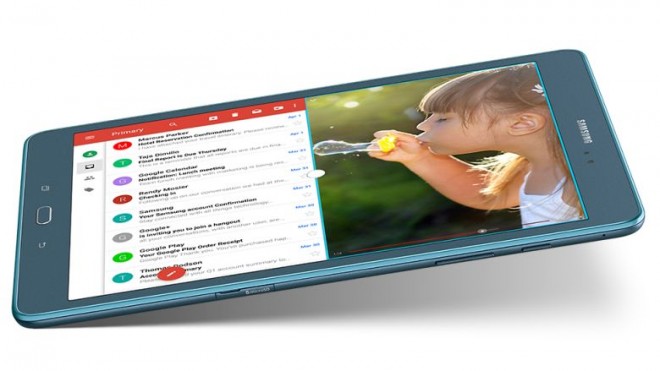 The device was spotted with a 1920 x 1200 pixel resolution in GFXBench, quite the jump from the modest 1024 x 768 pixels of the predecessor, but there’s also an upgrade in CPU power. Codenamed SM-T585, this tablet relies on an octa core Cortex A53 CPU, clocked at 1.7 GHz and including a Mali T830 GPU in the mix. It’s very likely the Exynos 7870, judging by the hints. 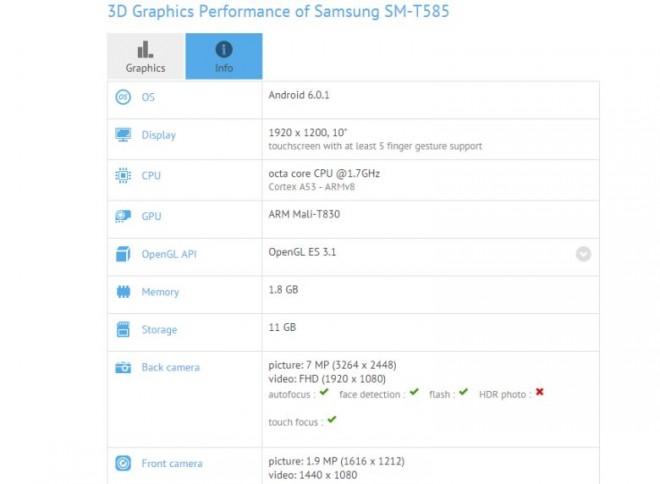 Other specs listed in the benchmark are Android 6.0.1 Marshmallow, 2 GB of RAM, 16 GB of storage, an 8 megapixel back camera and a front 2 MP shooter, as well as WiFi, Bluetooth, GPS and cellular connectivity. We expect a great battery life, just like on the predecessor. 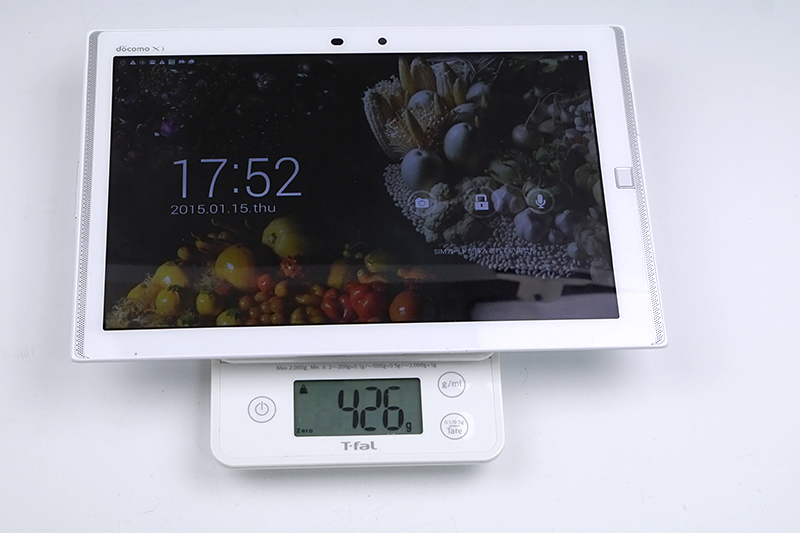 Fujitsu Arrows Tab F-03G Tablet is Meant to be Used While...