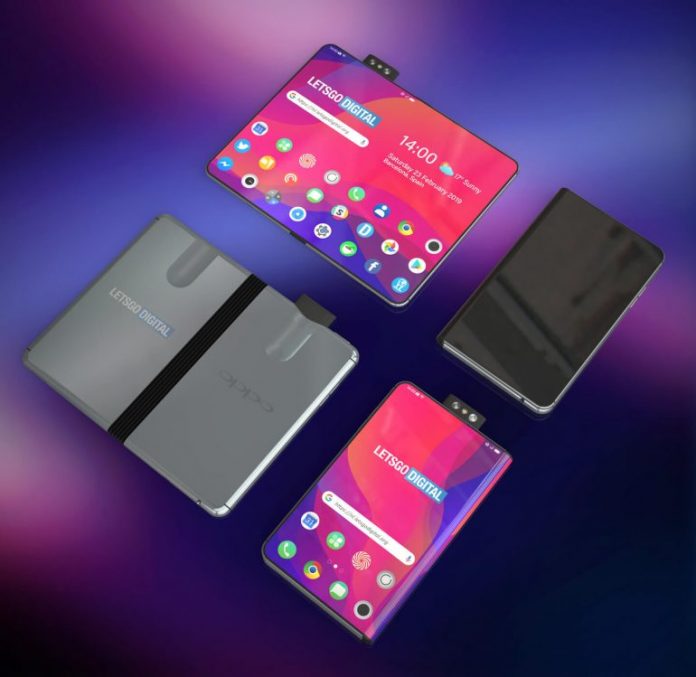 Oppo has been quietly innovating a lot in the mobile area over the last few years, with few people noticing that. They’ve come up with the Super VOOC fast charging, they’ve got the 10x hybrid zoom and the Oppo Find X sliding motorized camera. Now they’re prepping to showcase a foldable phone, probably at MWC 2019. Till that happens we have a fresh batch of renders for a newcomer.

We’re dealing with something we haven’t seen from other companies: a foldable phone with a pop up camera. The renders were created by Letsgodigital.org and follow a series of leaked info and details. Turns out that last Fall, Chuck Wang, Oppo product manager announced during a meeting with European journalists that Oppo was also working on a foldable phone. 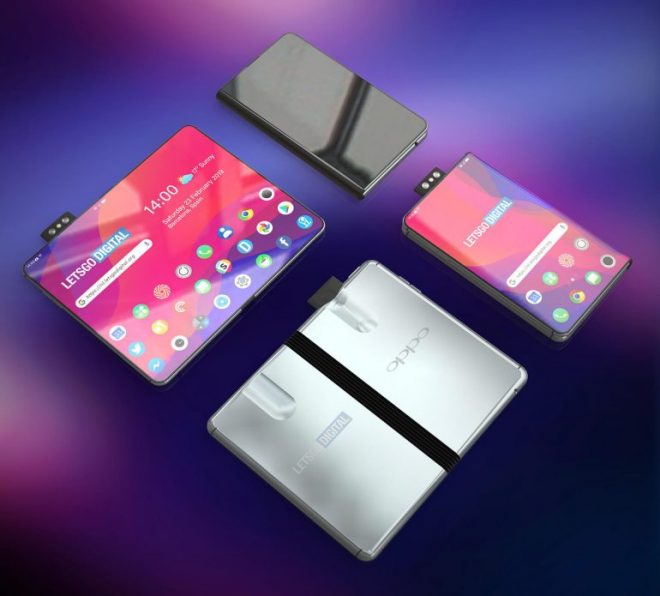 Sources say that the device will be ready in the second half of 2019. We don’t have any hints about the design, except for the various patents that Oppo applied for. They even took a clamshell into account. Then they registered a few classical tablet format devices, that turn into phones. The design you see here is inspired by a patent registered in December 2018.

It shows an almost full screen design, with extra room gained because the cameras were moved in a pop up mechanism at the top. The 3D renders show a wider than usual tablet, certainly wider than the Huawei Mate X and Galaxy Fold. We also see the device folded, being a bit thicker than those other models. The back side is rather unusual, as it seems covered with metal. 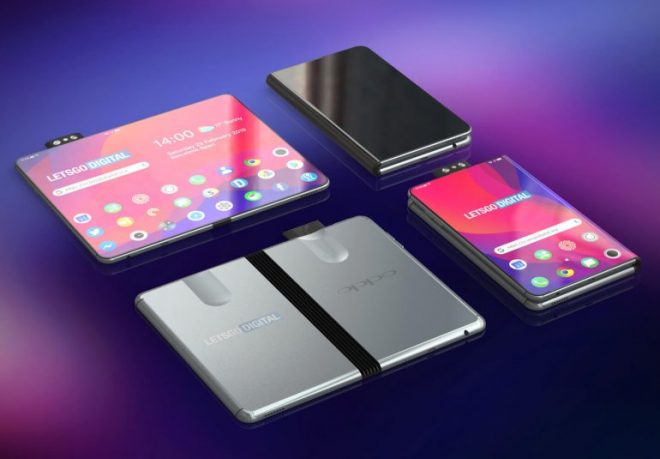 There’s a special back side cutout for the sliding part with the cameras, actually two sliding parts, so it has enough room to slide in even when folded. It would require a lot of engineering innovation to pull all of this off, but Oppo has been known to take a risk or two. 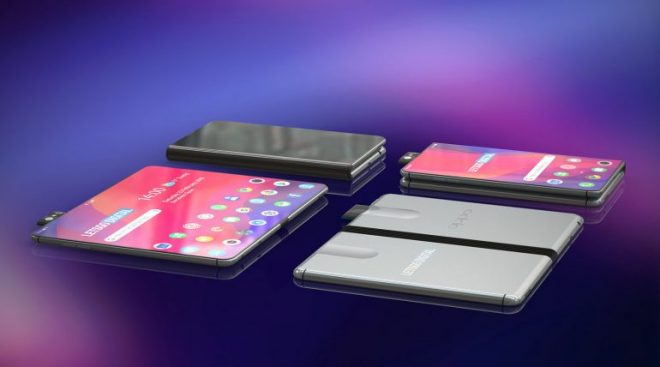 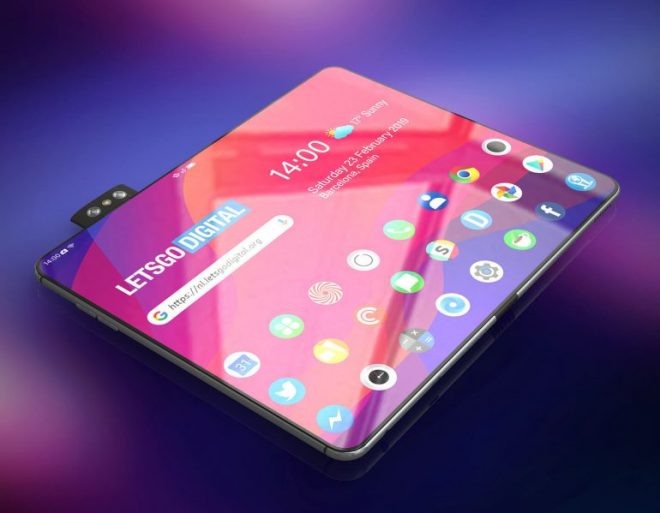 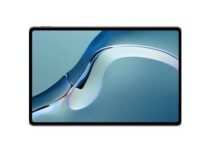 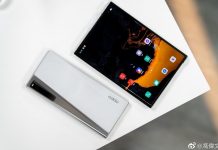 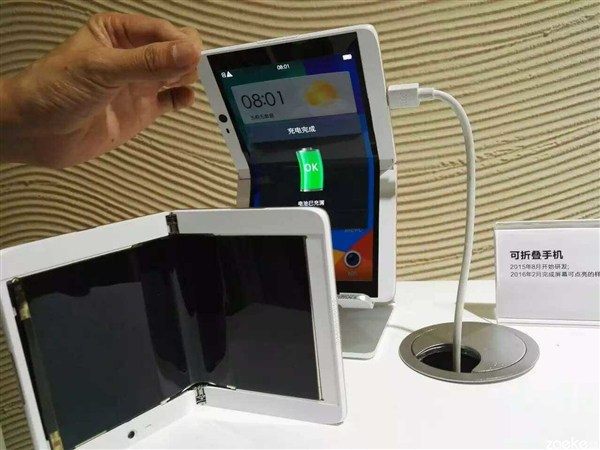