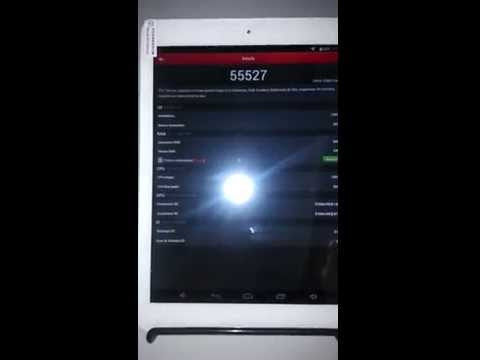 Just when we thought that the devices from China that scored 40k points in AnTuTu were impressive, a new record has been broken by the Onda v989 device, shown below. This model is an octa core tablet, that was previously said to achieve benchmarks of 48.000 points.

Now it has reached a huge 55.527 and while that may seem fake and tweaked somehow, there’s a video proof below. The Onda V989 is a 9.7 inch Android tablet with a similar design to the iPad Air and interestingly, Onda didn’t rely on a MediaTek or Rockchip processor, instead going with the Allwinner octa core A80 chipset, clocked at 2 GHz. It also has 2 GB of RAM and a Retina-level display with a resolution of 2048 x 1536 pixels.

The Onda v989 is a powerful tablet goes for less than 200 euros and integrates Android 4.4 KitKat in the mix, as well as an 8000 mAh battery and 4K video playback. I will certainly keep an eye on Allwinner-based tablets from now on, since this CPU seems to unlock a new wave of power inside slates.

Chuwi’s Tablets Get Some Solid Discounts Over at GeekBuying; We’ve Got...