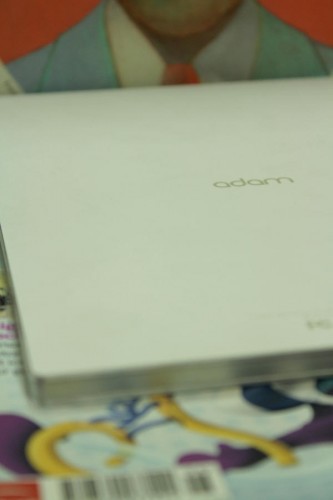 Notion Ink’s Adam may not have been the most popular tablet, but here’s the company giving it another go. Apparently there’s an Adam II slate ready, or so says the leak below, with the blurry photo included. The pic was taken by the official Notion Ink team and posted on their Twitter account, so it’s as official as it gets.

We’re dealing with something that looks like a bulky machine, with a metallic silver edge. The first unit had quite a few setbacks, with the main one being the lack of support for people who bought the tablet, who had to handle everything by themselves. There were a lot of problems, with customers reporting unevenly bright screens, broken cameras, customer service problems and it appears that the designer of the Adam logo shown in this pic wasn’t actually paid for his work.