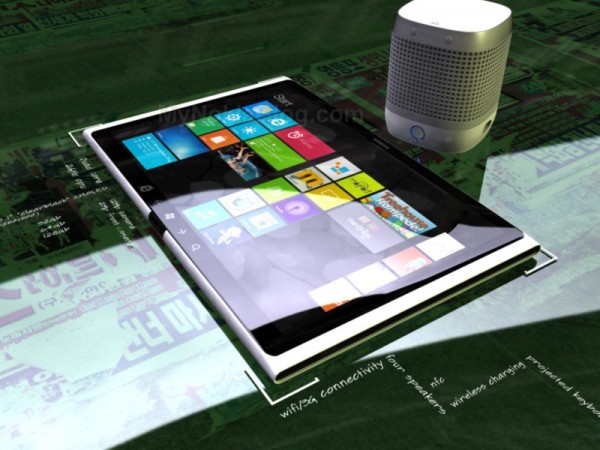 After the Nokia Lumia Coffee tablet concept the folks of Mynokiablog offer us another version, the Nokia Lumia Expresso Windows 8 concept tablet. This model is created by “Tris Clark”, showing us an impressive device, that actually resembles a picture leaked a little while ago.

Lumia Expresso also has an extra feature: projected keyboard. This means that the tablet incorporates a projector that offers a larger keyboard on any surface you need. There’s also a 12 megapixel at the back apparently and I really can’t figure out why the designer include the WP buttons on the lower side of the tablet. NFC is also on board and it interacts with the Play 360 speaker pictured here. In lack of that accessory, the slate will use its own quad speakers, that was something I was dreaming about on the Nokia X7 phone, but it didn’t turn to reality.

Wireless charging is another feature and the imaginary specs list of the Windows 8 Nokia tablet also includes a 1.2 GHz quad core processor, 2GB of RAM, a 10.1 inch ClearBlack AMOLED screen with 1280 x 800 pixel resolution and 32/64/128 GB of storage. A 2MP front camera, WiFi and 3G round up the features list on this unit. 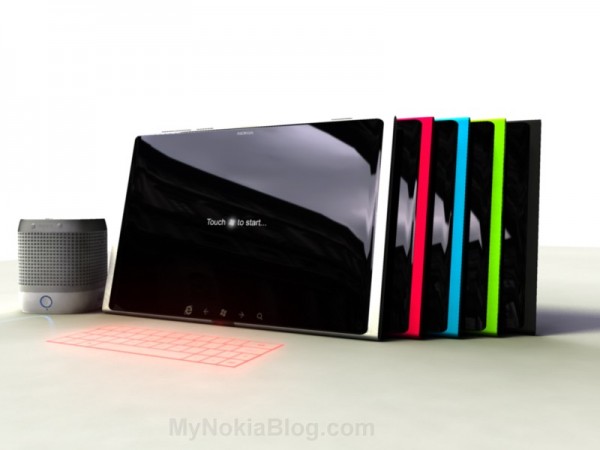 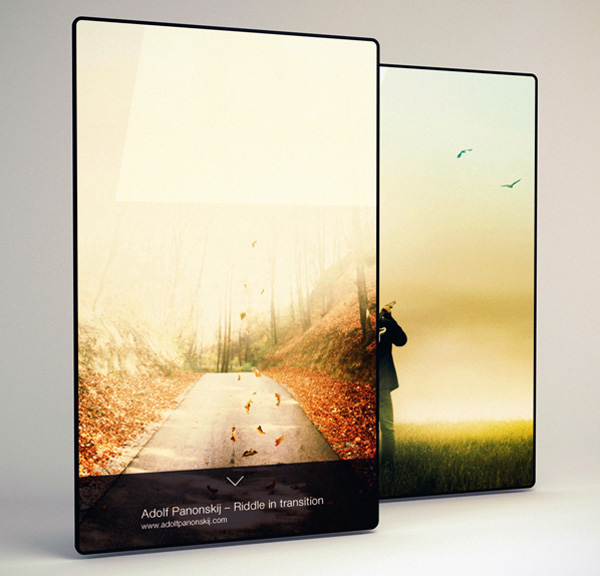 The Four Tablet Concept, Designed to Serve as Digital Painting On...