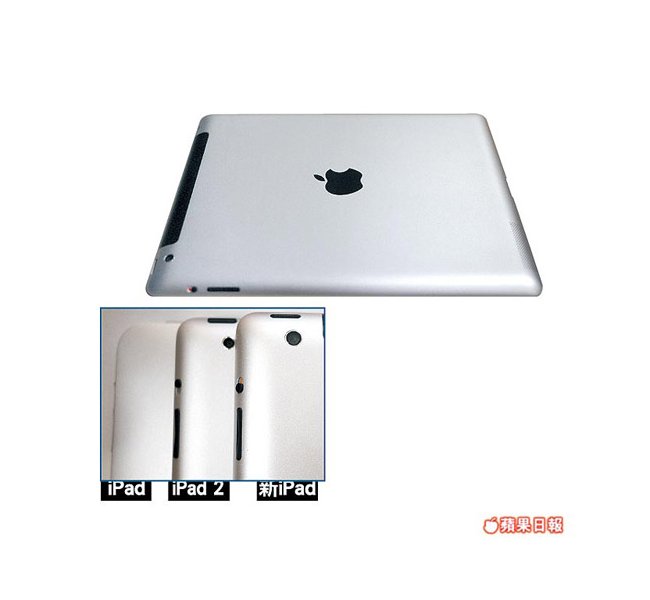 After a week filled with iPad 3 sightings we spot a new batch of pics of the new tablet, one that shows us an 8 megapixel camera, supposedly. Taiwanese site Apple Daily compared the old and new versions of the slate, showing a larger rear lens and speculated that this is an 8MP shooter.

Previously, we’ve heard that Apple left more space inside the case for the mechanism of the camera, but we were guessing that a 5MP cam was coming, not an 8MP one. The same Taiwanese source says that the Apple A6 processor is a quad core unit, although many have stated that in the end this will be just a fast dual core chip. The image of the back case shows a streamlined edge, although it’s unclear if this is intended to minimize a thicker body or something else.

We’re still suspicious about the whole 8MP thing, since it could be a rumor or fake, but we’ll take this theory into account with the rest of speculations. I have to remind you that Apple is supposed to debut the new iPad in early March, around the 7th or 9th actually, so we’ll find out soon enough what the iPad 3 is all about.

iPad Pro 2020 Triple Camera is Apparently Not All that Revolutionary;...