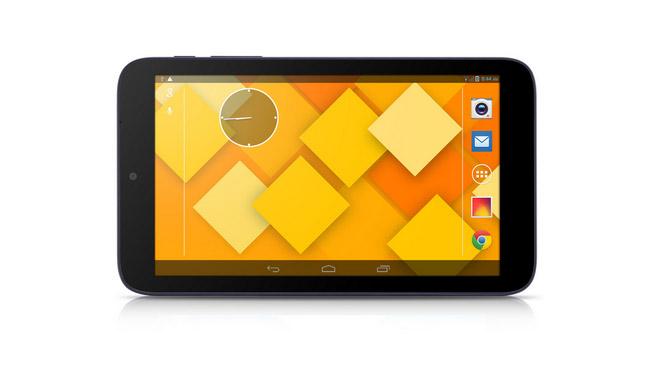 Alcatel really wants a big pie of that low cost tablet market, so it debuted today the Alcatel PIXI model, with a 7 inch display. This is an ultra low cost slate, priced at just 79 euros and a model that’s made in China.

Back in the days Alcatel was an European firm, but it was purchased years ago by Chinese company TCL, that’s quite a known brand. Alcatel also announced 3 new handsets and a LTE slate this week, but now they’re attacking the likes of ASUS and Acer with this unit. The PIXI 7 has a 7 inch 960 x 540 pixel display, WiFi and a MediaTek 1.2 GHz dual core CPU.

Specs include 512 MB of RAM or 1 GB, depending on the market, a bunch of low res cameras (VGA), 4 GB of storage and a 2840 mAh battery. There’s also a microSD card slot, an infrared port and Miracast support. Not bad for a $110 slate… Android 4.4 is present here, which is also good news. Expect a release in Europe soon.