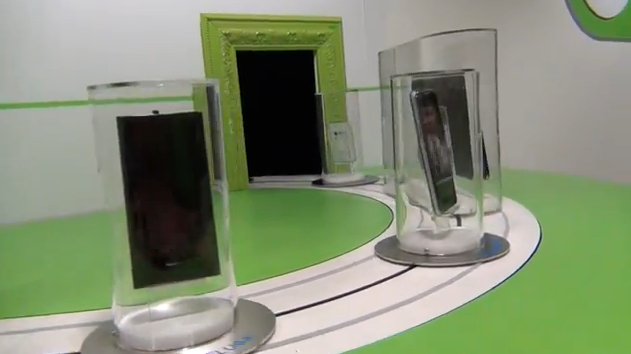 At MWC 2012 it’s not all work and no play, as shown by the videos below. What you see here is a huge train made by all the Android phones and tablets launched so far. I guess that every major and even minor handset and tablet maker approached the Android OS over the last years, with the result being hundreds if not thousands of new devices.

The train idea was also used last year and it looked just like the one we have this year, with some glass capsules with phones and slates inside. There was also an Android robot at the Google booth, one that had mechanical arms and used it to adorn handsets with pretty little shiny things mimicking diamonds. I guess that in the future Google could as well enter the robotics segment, since it keeps pushing this green robot logo and all sorts of robots that resemble it.

Android is evolving, but it keeps that playful aura that defines Google and its passion to play with its logos. The best example is the thing they do almost every day with the Google search engine logo, those doodles. And now, with Android Market becoming more safe through a malware keeper, the platform is starting to look mighty mature.