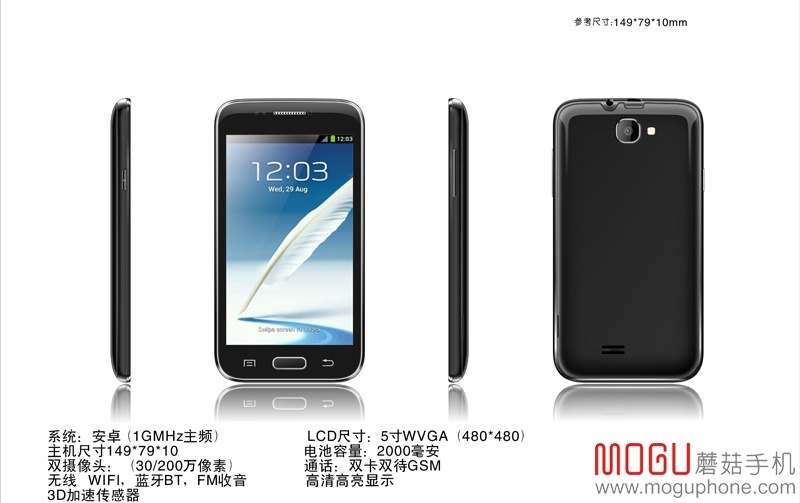 We thought that the Aakash Indian tablet was cheap at sub $100 or even $50 or $35, well turns out there’s an even cheaper device. The Mogu S1 is a 5 inch phablet priced at $48 and it runs Android. 2013 and late 2012 were the periods of 5 inch Android devices, since people seem to be forgetting about 4 inch options. 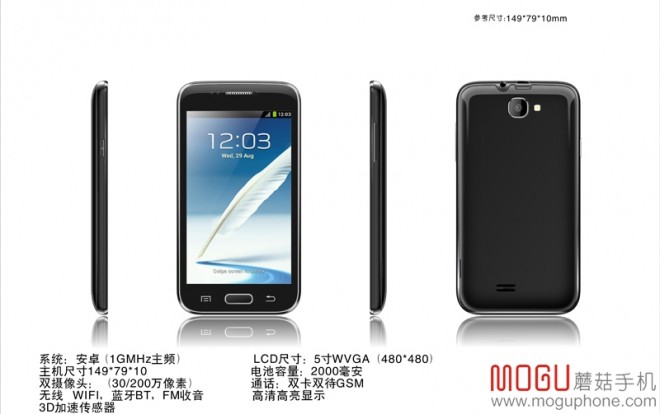 Mogu S1 comes from a brand well known in China for making some of the most affordable tochscreen handsets in the business. This model is based on the Samsung Galaxy design and it packs a 5 inch WVGA 800 x 480 display, a single core 1 GHz CPU and a 2 megapixel camera at the back. Upfront there’s a VGA camera and other specs include Bluetooth, GPS, WiFi and a 2000 mAh battery.

No idea if this device is a dual SIM phablet or not, but it could be. We also don’t know if the phone will come with Android 4.0 ICS or Jelly Bean, but for less than $50 does it really matter. Even with Gingerbread and with a resistive screen this model would be interesting.