Yesterday’s Microsoft event was all about software, that’s for sure, but hardware also founds its way into the launch. After finding out details about Windows 10, Microsoft announced the Surface Hub, an 84 inch 4K touch display with pen input support.

This feels very much like the Surface table with its legs cut off and put on a wall, or maybe like a very large Surface tablet. The product is clearly meant for conference rooms, universities and other environments where on the spot collaboration is important. I’d also see this in the projecting/design room of a car maker or airplane company. There’s a pen on the side of the huge screen and once removed, it opens up OneNote. How cool is that?

The pen charges via a magnetic cradle and has a very long battery life, so it can be left undocked for weeks on end. The Surface Hub also comes with built in Skype for Business, that make use of the cameras and mics integrated into the display. They were smartly integrated, giving the illusion you’re speaking at eye level with the people you work with. Surface Hub remains at the core a Windows 10 PC, being thus able to display any universal app, that you would show on a laptop or desktop.

No idea when the product arrives or what the price will be, but I expect to hear something north of $2000 or $3000. 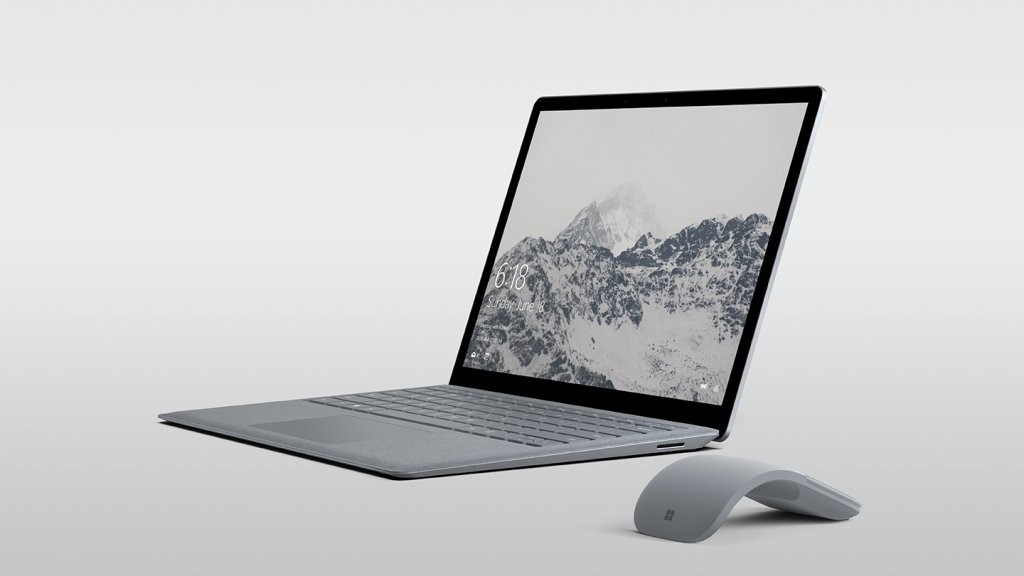