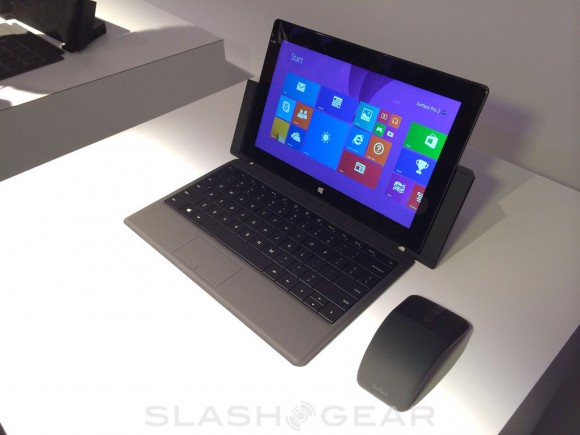 Back in the days of the first Surface Pro tablet last year, people were complaining a lot in reviews about the battery life, that was about 4 hours if I remember correctly. Now Microsoft emphasized that the Surface Pro 2 will enhance that and today we have some proof that their claims were right.

Microsoft offered a special firmware update pushed to the device shortly after its released, making sure the battery becomes even more efficient. Reports are coming in saying, that the slate gets 25% more efficiency thanks to the update, when it comes to web browsing and 16% when it comes to video playback.

Anand Lal Shimpi from AnandTech tested the device and confirmed the improvement. Surface Pro 2 is now said to last around 8 hours on a single charge in real world use and in the web use ranking, the slate skipped 5 places going past the Surface RT, Galaxy Tab 3 10.1, Surface 2 and Nexus 10. It’s now on sixth place behind the Galaxy Note 10.1, Transformer Book T100, iPad 4, Nexus 7 2013 and Nvidia Shield.

I hope this is the start of a new trend and we’ll see more such positive updates from Microsoft and its rivals.