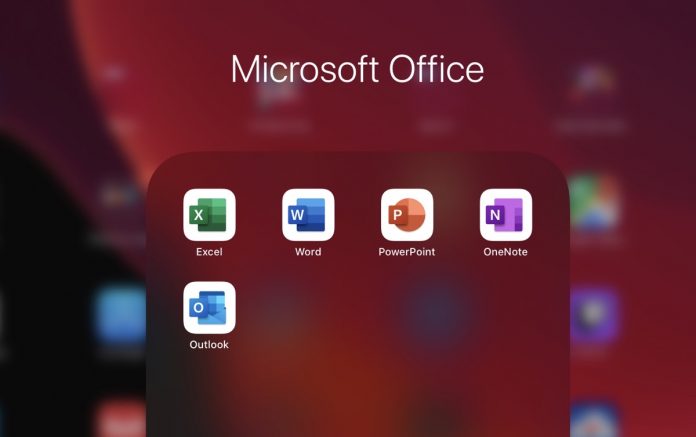 One of the odder projects that Microsoft has come up with over the past few years is a very quicjly updated Word and then Office for iPad. For a long while Microsoft catered to its iOS apps in a very careful manner and sometimes prioritized their update ahead of all others. Somehow, Office has been neglected ever since iPadOS came out, but that long overdue update dropped this week.

Microsoft has thus optimized the Office app for the iPad and its tablet interface. Till now we had iPhone Office apps running windowed on iPadOS, without the enhanced multitasking features, like split screen. Oddly, the separate Excel, PowerPoint and Word apps were already optimized for iPadOS and their existence is odd right now, overlapping with the existence of Office. As far as features go, iPadOS Office users will be able to create PDFs, sign documents, convert images into text or tables.

There’s also the recently added trackpad support for Word and Excel for iPad. All of the updates are meant to make the iPad even more worthy as a laptop replacement. The original Office app launched on iOS and Android back in 2019. It has been improved ever since then but it always ran in a windowed mode on iPads. Microsoft also added more Fluent UI elements to its Office for iPad apps back in Fall 2020. With the iPads selling like hot cakes in 2020, it’s all the more reason to take such good care of productivity apps.

And now we’re left with a question: should the Office apps merge into one or should we keep all of them separate?

iPad 1 Units Running Out of Stock, Due to Bargains