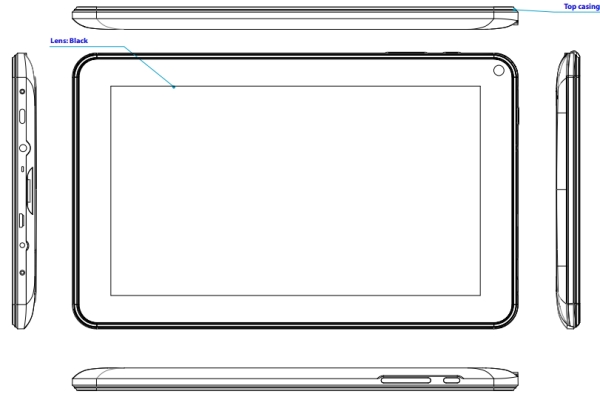 Archos has had an impressive amount of tablets announced and released of the past months, including models for kids, gaming models and even a Retina display unit. Today we uncover a yet unannounced slate from the French maker, that just showed up at the FCC this week.

It’s dubbed the Arnova 90 G3 and its sketch is shown above. It will most likely pack a 9 inch display and it will have a low price tag. The company behind it has a tendency of selling budget slates, so this fits the bill, especially since Arnova is reserved for the cheaper models. The Archos Arnova 90 G3 was found listed on a Spanish retail site, for some reason, although the specs listed there are kind of underwhelming.

Retailer paratupc listed the tablet with a 9 inch 800 x 480 pixel display, 4 GB of storage, WiFi and a microSD card slot. For these specs, even $100 would seem too much, frankly. A least it has Android 4.1, but I guess the price can be decided by CPU choice. Who’s going to buy this product with this resolution?