MediaTek has unveiled new chipsets, following the unveiling of the Helio X10 CPU a few days ago. These new chipsets are meant for tablets and they’re 64 bit units. There’s two newcomers here: MT8163 and MT8736. 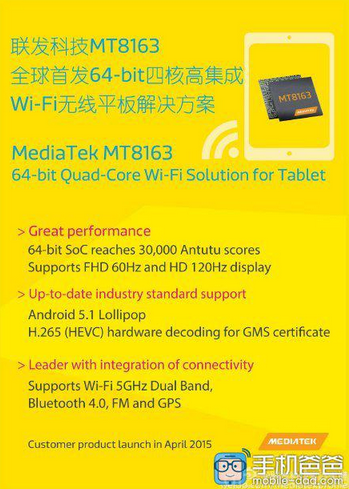 Both are four core units and offer 64 bit architecture, but they do have quite a few differences between them. MT8163 is meant for tablets that offer WiFi connectivity only and MediaTek praises this chip as an unit that can score around 30k points in AnTuTu. There are four Cortex A53 cores available here and support for Android 5.1, H.265 video and dual band WiFi, GPS and Bluetooth 4.0. 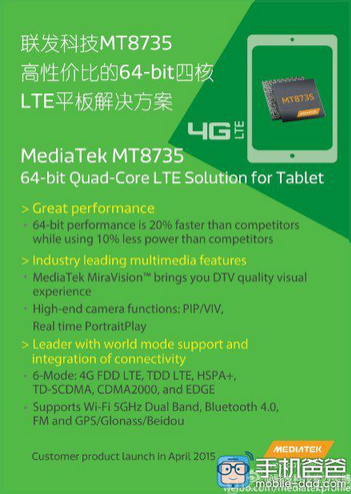 The chip can handle screen resolutions up to 1080p and rumors say that the manufacturers will pay $5 a unit. The other model, MT8736 comes with 64 bit architecture and it’s 20% faster than the competition while using 10% less power. The chipset can handle high end camera features, including picture in picture. There’s FDD-LTE connectivity here, full mode 4G tablet TDS, GSM, dual band WiFi and GPS.

An interesting aspect here is the use of an AMD GPU that didn’t handle benchmarks quite well.