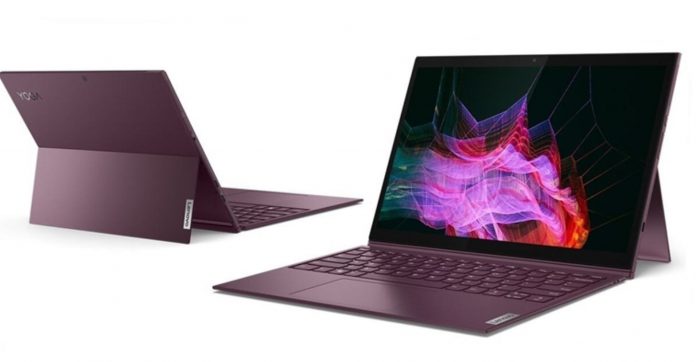 I have to say that Lenovo has been surprisingly low key this year, as far as tablet launches are concerned. They used to churn out at least a dozen by now, including convertibles and other experimental stuff. The pandemic must have affected them, since the rhythm has slowed down. They are still prepping a higher end slate dubbed Lenovo Yoga Duet 7i, which is meant as a rival for the Surface Pro 7 and iPad Pro.

The brand new Lenovo Yoga Duet 7i packs a 13 inch IPS LCD display with narrow bezels and also a Quad HD resolution. It also has 100% coverage for the sRGB color spectrum, as well as 450 nits of brightness. The various configs of the device include 16 GB of LPDDR4 RAM and up to 1 TB of PCIe SSD storage. The CPU choice includes Intel Core i7 10th gen. Graphics-wise, there’s only Intel Iris Plus, in case you were wondering, although nobody expected gaming prowess from this machine.

The device runs on Windows 10 and according to Lenovo it can provide up to 10.8 hours of functioning time. There’s also two color choices: Slate Grey and Orchid, plus Dolby Audio acoustics, Dolby Vision for the screen and an intelligent stylus dubbed Lenovo E-Color Pen. The cool thing about it is that it lets you select colors from the environment by just tapping them with the tip of the pen. We also expect the device to start from 1199 euros and its stylus and QWERTY keyboard will be bundled. 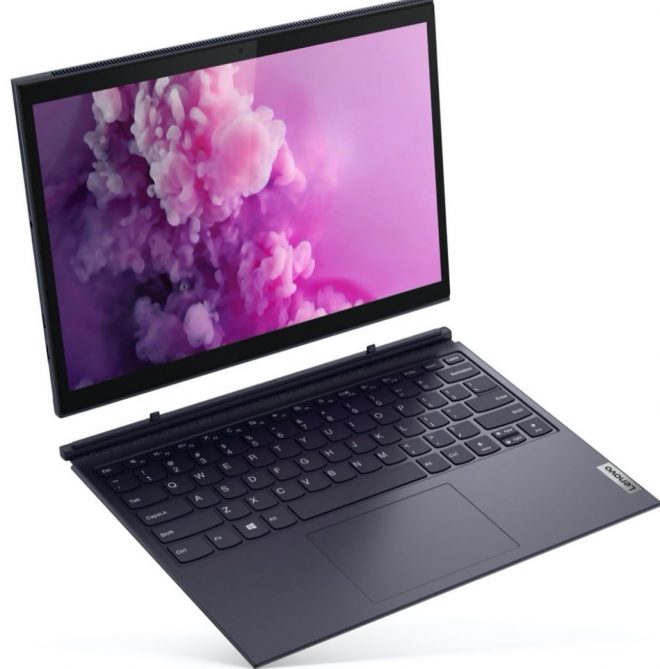 It all weighs just 1.16 kilograms, with keyboard included, plus there’s also a kickstand and we also have WiFi 6 for fast connectivity. Alexa and an IR camera with Windows Hello make it all smarter.