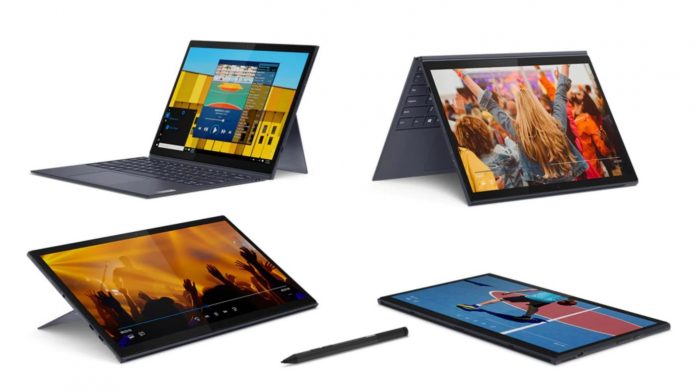 Lenovo may be the world’s largest PC maker, but in the world of tablets they have failed to leave a similar mark. Apple and Samsung are still going strong and even Huawei is giving them a tough time. Now they’re ready to bring out a salvo of new devices, including the likes of Yoga Duet 2021, Yoga Pad Pro and Xiaoxin Pad Plus. Their specs have leaked below.

Lenovo Xiaoxin Pad Plus sounds like the type of device to only get launched in China. The device is a Wi-Fi only machine with the codename TB-J607Z. It’ll run on Android 11 and judging by the Xiaoxin Pad Pro and Xiaoxin Pad from last year, we may see the devices branded as Tab P11 and Tab P11 Pro. We could see the new slates launched outside China, apparently. The device is already listed on the Android zero-touch enrollment page.

The Lenovo Yoga Pad Pro has leaked at least once before, so it’s not exactly a new face. Its Wi-Fi version will get the codename YT-K606F. It has Android 11 with ZUI 12.5 on top, with support for Lenovo One. It’s been confirmed already to run on a Qualcomm Snapdragon 870 CPU, together with 8 GB of RAM and 128 GB of storage. According to a Google Play Console listing, the device is expected to have a 13 inch 2K display with a 2160 x 1350 pixel resolution and 240 DPI. Globally it will be sold as Lenovo Yoga Tab 13.