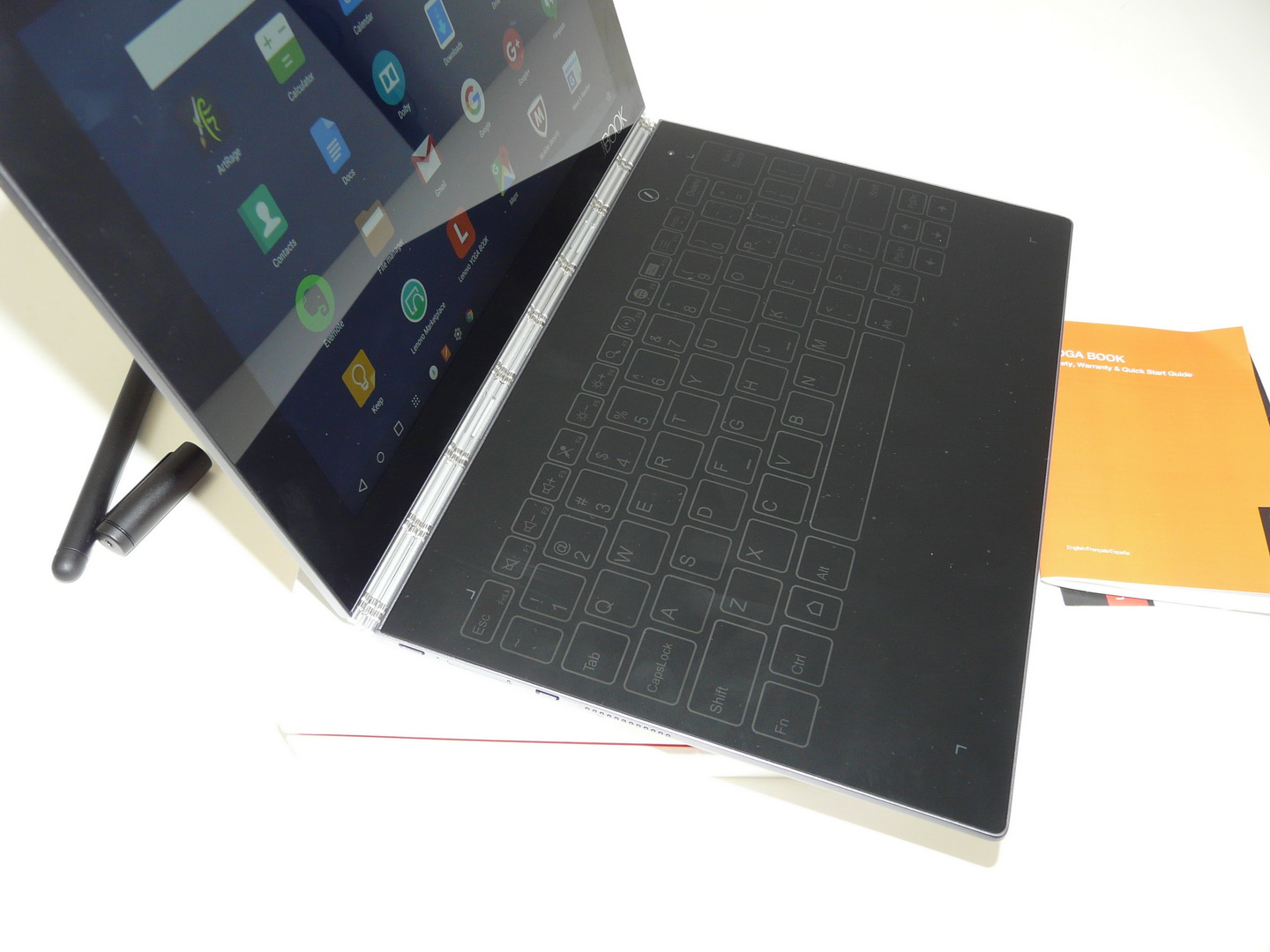 We love to test award winners, so after reviewing the Huawei MediaPad M3, it’s time for another device that won prizes this year. This time it’s the Lenovo Yoga Book, winner of the Red Dot Design Award. It was unveiled at IFA 2016 and costs $499 in the Android version that we’re unboxing below. 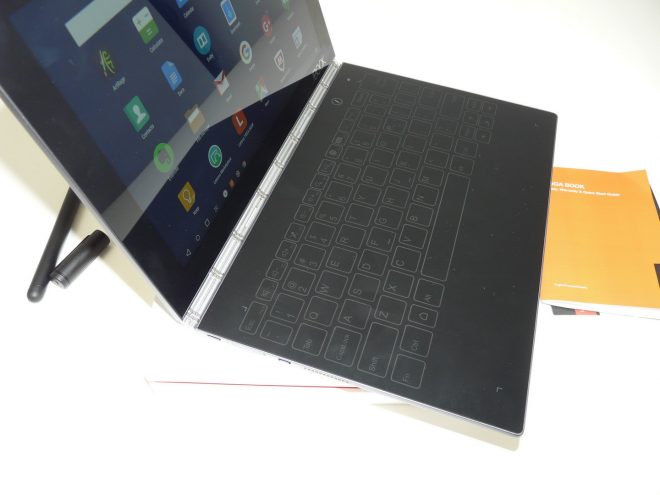 This product is totally atypical, in that it’s clearly not the average slate, but also not the average 2 in 1. It opts for a touch keyboard, attached to the actual tablet via a series of circular metal rings integrated within a special hinge, that feels a bit like a tank’s tracks. It also feels slightly like the Microsoft Surface Book hinge, if you ask me. 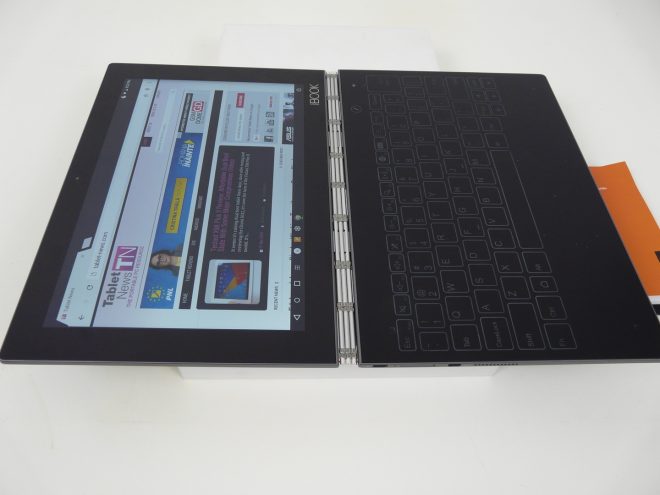 Inside the box we find a rag for cleaning the screen, the manual and a stylus called the Real Pen. Aside from writing on the touch keyboard area, that becomes a touch pad, it can also draw and use real ink, through special ink capsules inserted into it and bundled. Our test unit doesn’t have a charger, USB cable or metal key in the box, but the finalized model will, no worries. There’s also a special notebook made of paper and cardboard in the box, used to write notes on it and if it’s placed on the touch keyboard, it turns them into digital notes. 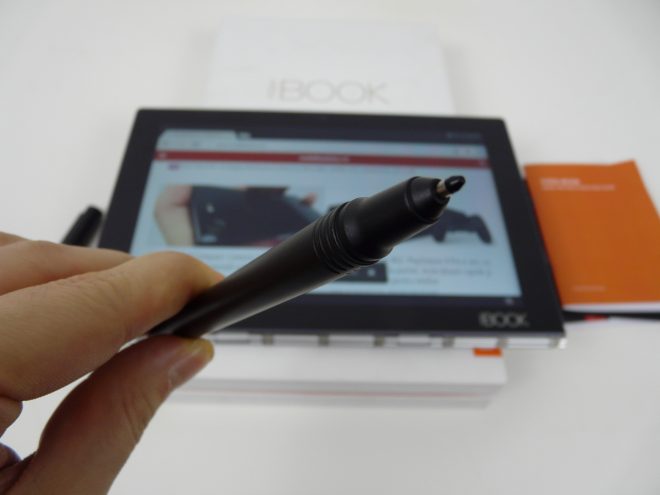 We’ve got a 10.1 inch display here with a Full HD resolution, plus an Intel Atom X5 processor, 4 GB of RAM and 64 GB of storage. There’s also a microSD card slot, Dolby Atmos acoustics and a Li-Ion 8500 mAh battery. The whole thing weighs 690 grams and integrates an 8 megapixel back camera and 2 MP front shooter. We’re testing the Android version, but there’s also a Windows one, priced a bit higher.

An interesting aspect is that the hinge lets you rotate the device at 360 degrees and use it like a proper tablet or in “tent mode”. We’ll be looking forward to reviewing this excellently designed piece of machinery for you. You can find it here in the meantime. 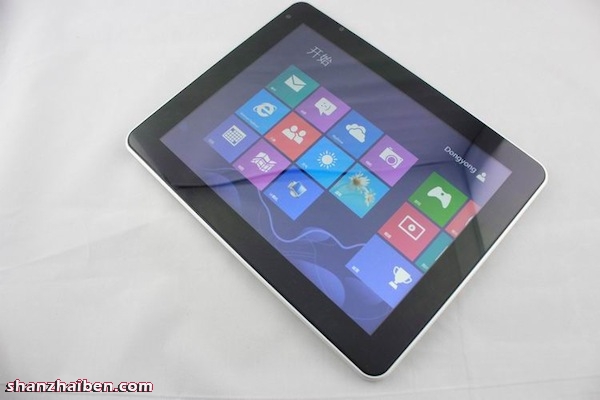