You may have heard of smartphones that integrate into tablets or laptops, like the ASUS PadFone did a decade ago, but can you picture a tablet integrated into a laptop? Lenovo is far from being as courageous as ASUS, but they did come with a foldable laptop already. Now they’ve made the 17 inch Lenovo ThinkBook Plus, a laptop with a built in tablet, well sort of.

Thanks to Evan Blass, we get to see high def renders of the notebook from all relevant angles. It’s a Windows 11 machine with a secondary display on the right of the keyboard, that looks and feels like a tablet embedded into the body. Lenovo has come up with a custom interface for the secondary display, which may double as a secondary and improved version of the Start menu. 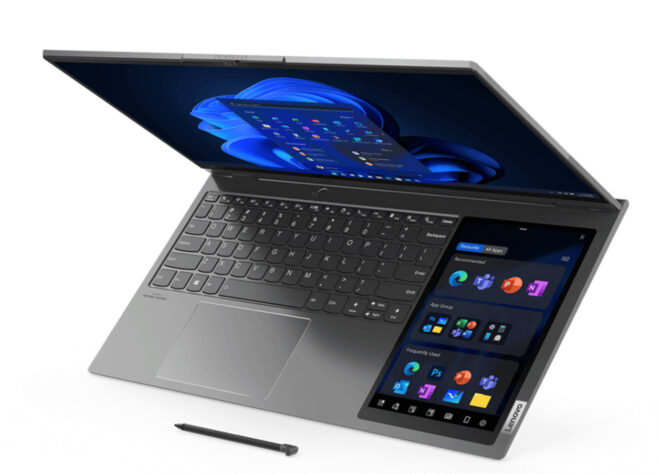 The renders show that the secondary display also shits parts of apps, much like widgets or shortcuts towards their functions. The laptop also has a stylus, which makes sense for more granular input, drawing and other such tasks. The 17 inch Lenovo ThinkBook Plus packs two USB-C ports, two USB-A ports, a HDMI and also a 3.5 mm audio jack, plus Harman Kardon speakers.

Lenovo is expected to debut the new laptop at CES 2022, which debuts in January 5th. We’re still waiting on that foldable laptop though… or a successor. 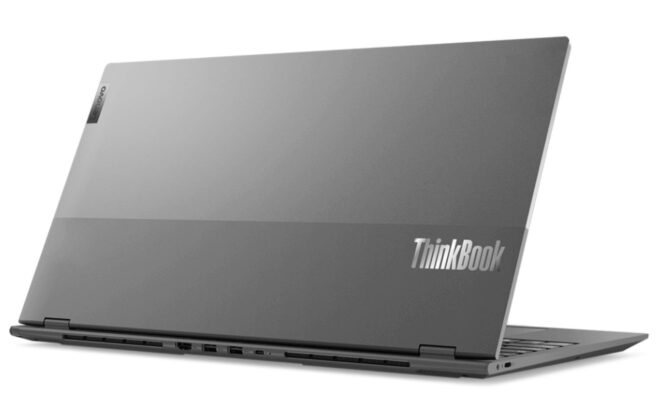