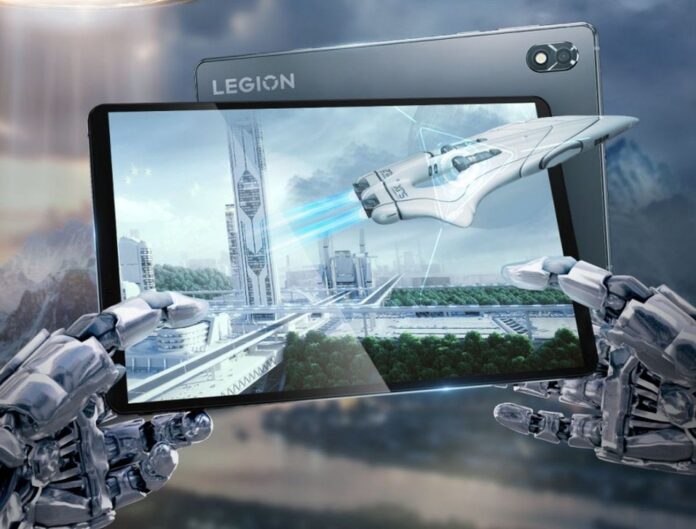 After a few leaks, the Lenovo Legion Y700 gaming tablet has had a few specs confirmed, with a few surprises. It’s an 8.8 inch device with 120 Hz refresh rate and also with Dolby Atmos support. The device has been teased for the past week and it’s rare and honestly dying breed.

The tablet has a resolution of 2560 x 1600 pixels and it provides a 120 Hz refresh rate, plus a 240 Hz touch sampling rate, plus 100% DCI-P3 color gamut. According to a report from Chinese site IT Home, the display uses an IPS LCD panel, provides JBL acoustics and also support for Dolby Vision and Dolby Atmos sound. A picture of the tablet also reveals pretty slim bezels on at least two sides and a single rear camera with LED flash. 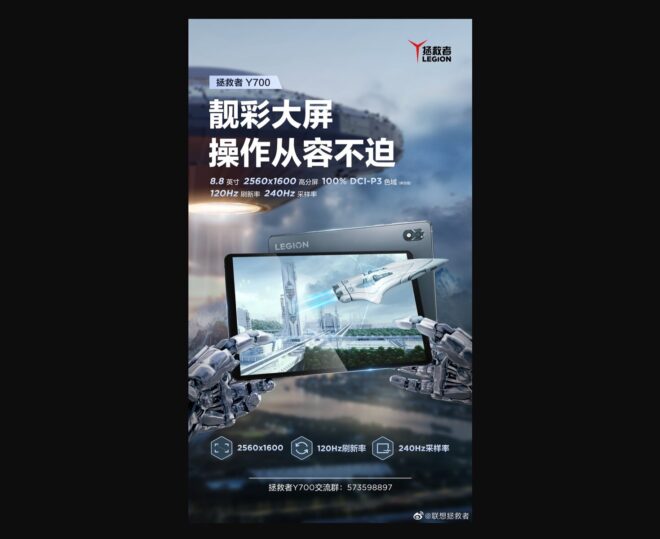 By the way, slim bezels aren’t exactly a goal for gaming tablets, since wider side bezels may aid you with the grip while gaming. We still don’t have info on the battery, RAM, storage, cooling system or even CPU. The latter is clearly a Snapdragon 8xx series chipset, unless Lenovo thinks a MediaTek Dimensity is good enough, which in the case of the Dimensity 1200 it actually is. Rumors did talk about a Snapdragon 888 CPU though.

I also expect fast charging, quad speakers and some sort of custom UI.