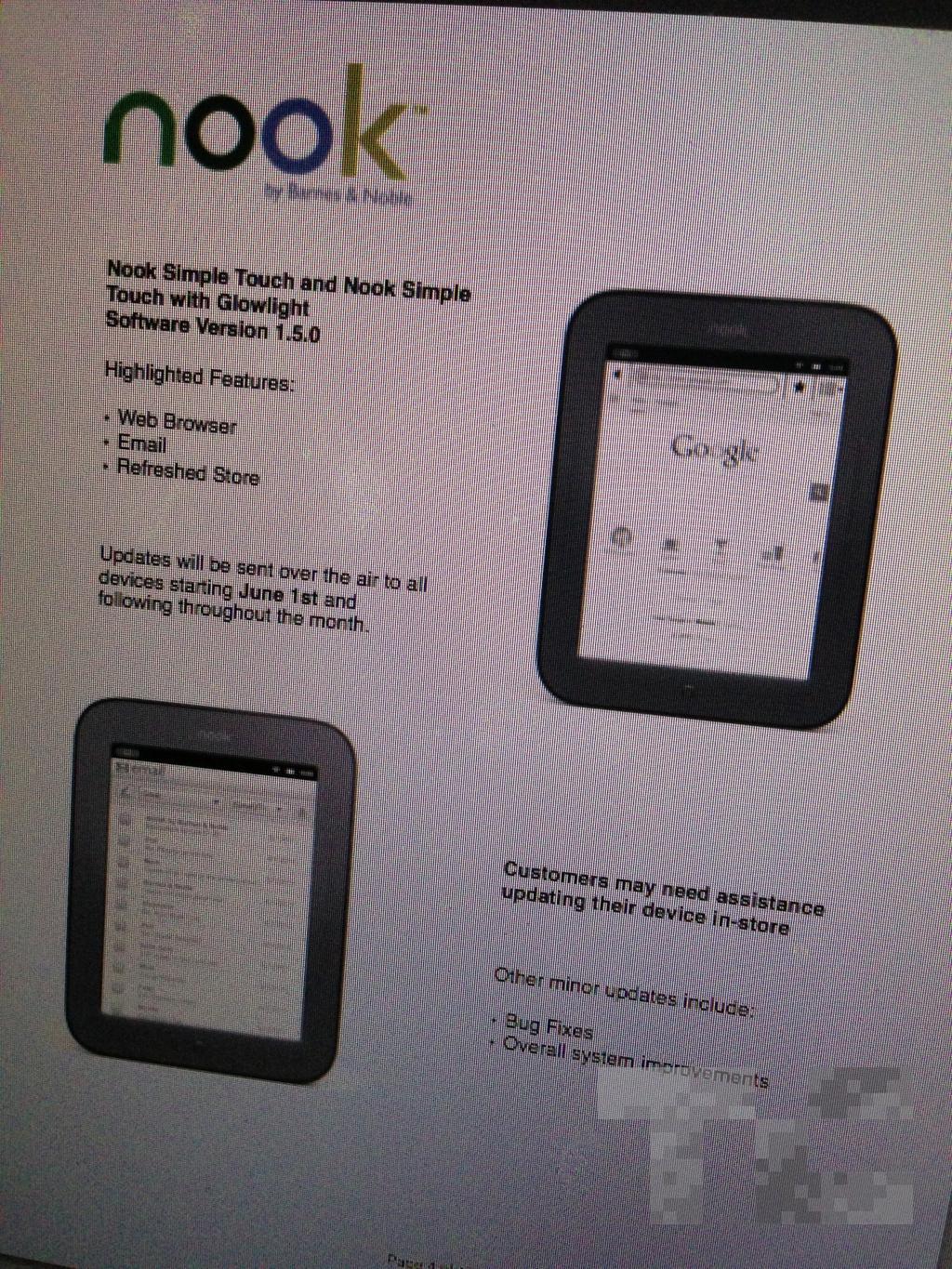 After some speculations regarding Barnes & Noble, its direction and involvement with Microsoft, it’s time for a leaked memo to make the rounds. The memo comes from inside the company and details a future update that will bring some interesting features to the B&N e-readers. 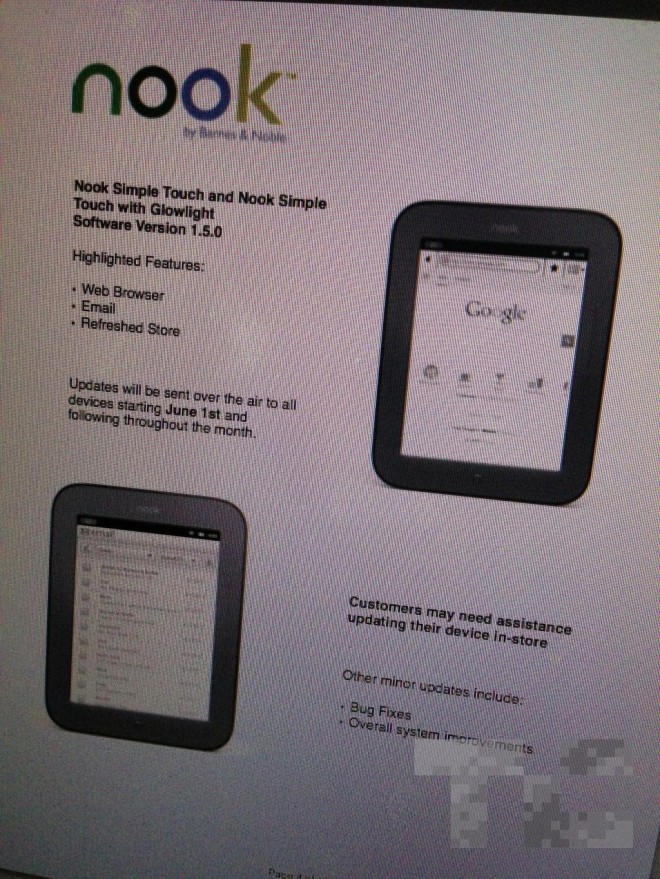 A web browser, email and updated app store will come to the Nook Simple Touch line starting June 1st. The update brings software version 1.5.0 here, a release that was created as a response to the positive critical and customer response to the Nook tablet update that gave it the Google Play Store support.

Nook Simple Touch and Simple Touch with Glowlight will receive the update over the air and I think this is a very interesting move. Having played with the Amazon Kindle Fires and its godawful browser, I have to say I’m curious how B&N will respond to Amazon’s Silk browser. The update will also bring the usual system improvements and bug fixes.