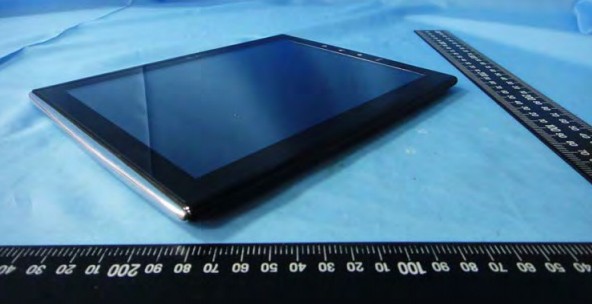 Le Pan isn’t that kind of name that you remember when it comes to tablets, but know that this brand stands for a trio of Android tablets announced at CES 2012. Today we hear that Le Pan III has reacehd the FCC, so it’s most likely coming to the USA soon. What we know about this device is that it has a 1.5 GHz processor and runs Android 4.0 ICS.

Le Pan came at CES with a trio of slates, as I said and the highest end of them was actually the model just approved by the FCC, Le Pan III. This Android 4.0 device is based on a dual core TI OMAP 4460 1.5 GHz processor, has 8 GB of storage and 1GB of RAM. Bluetooth 4.0 is also on board, as well as a 5 megapixel camera at the back and a 2MP shooter at the front. 1080p video input is also among the specs here. In case you’re wondering, there’s also a Le Pan II out there, with pretty much the same specs, but a dumbed down CPU and lack of the 5MP cam.

Le Pan II only runs Honeycomb, so that’s why version III is appealing. With Le Pan II already available on Amazon for $300, I expect the better version to go for about $400 or maybe even $350. I can see this as a rival for the recently launched Android 4.0 Archos tablets.