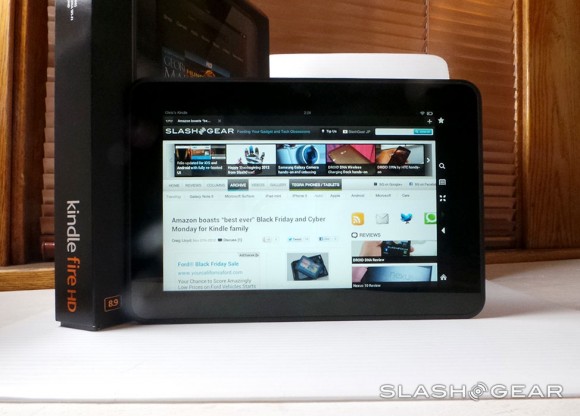 Amazon has accustomed us with fresh tablet launches at the end of the summer and since we’re about to enter August, they should at least start teasing a new Kindle Fire. Well, the first info about the new slates is out and the specs sound great.

A source quoted by Boy Genius Report is saying that the next gen Kindle Fire lineup will incorporate the Qualcomm Snapdragon 800 processor clocked at around 2 GHz, which seems like a lot for a tablet that should be focused on e-reading. The slates are supposed to feature 2 GB of RAM and rumors about a display upgrade have also been spreading recently.

Kindle Fire HD is expected to get an impressive 1920 x 1200 resolution, while keeping the 7 inch diagonal. This would put it on par with the new Nexus 7 and moving up, the Kindle Fire HD 8.9 inch unit is expected to be bumped up to 2560 x 1600 pixels. This means it would attack the Nexus 10 and the latest iPads. Do you think this will play out?

Amazon Fire HD 8 Can Now Be Unlocked and Rooted; Here...