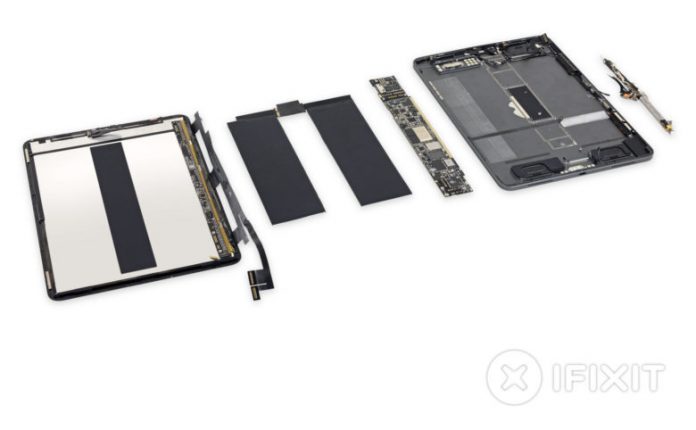 It’s time to talk about the iPad Pro (2018) again, this time with some details about the innards of the devices. iFixit is on the case, having down a teardown of the device to see what’s inside. Spoiler: there’s a lot of glue.

They handled the 11 inch iPad Pro and took it apart, as the pics shown here reveal. It all started by removing the display from the tablet and the first thing that came up was the set of audio components from the iPad Pro: four woofers and four tweeters. The speakers and logic board cover stopped access to the iPad Pro A12X Bionic CPU, but in the end iFixit was able to access the full logic board. 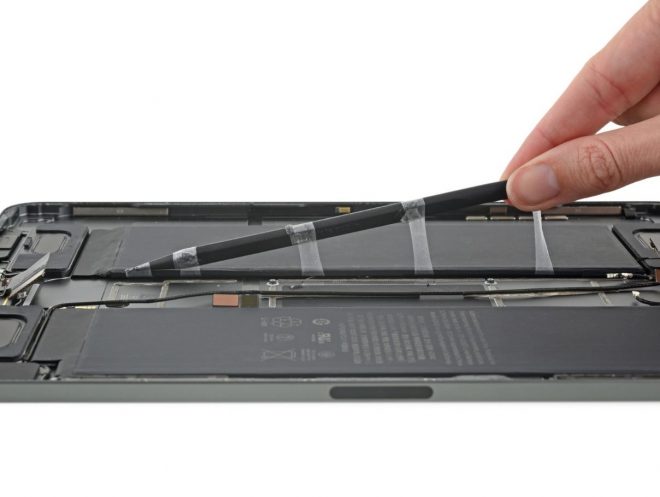 On that board they found the Apple A12X Bionic CPU, 64 GB of flash storage made by Toshiba and also 4 GB of RAM (Micron made). There’s also an NFC controller, the Apple WiFi/Bluetooth module and two Broadcom touchscreen controllers. There’s also good news as the new iPad’s battery is easier to fix and replace compared to the previous gen slates. 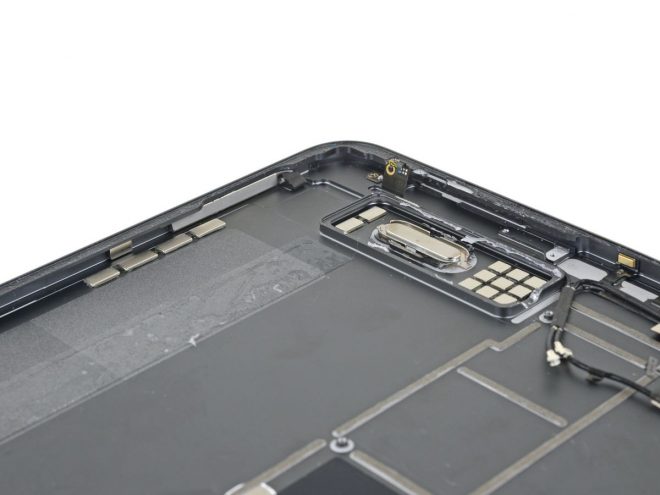 The reason is that Apple is using those stretch-release battery tabs again, with a total of 6 U-shaped strips. The problem is that iFixit also found a lot of adhesive on the left side of the battery. The Face ID components are similar to the iPhone X ones, but only with some form factor changes. All in all the device scored a 3 out of 10 for ease of repairability, definitely not a flattering grade. 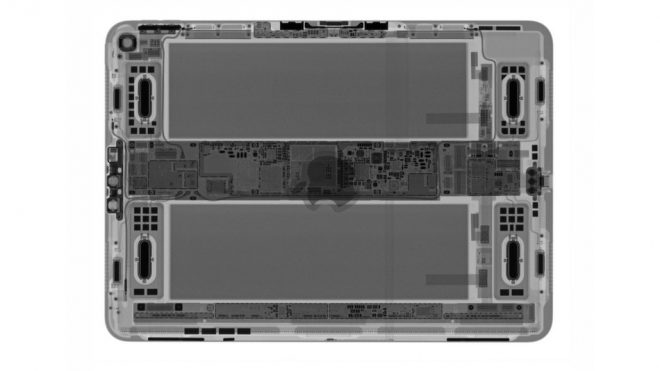 Bonus points were scored for the lack of physical Home button and the modular USB Type-C port. Of course the teardown revealed an impressive number of magnets as well. iFixit also took apart the Apple Pencil, discovering a wireless charging coil, battery, alignment magnets and Broadcom touch controller. A potential capacitive grid was also found, which may be a sign that more gestures are coming. 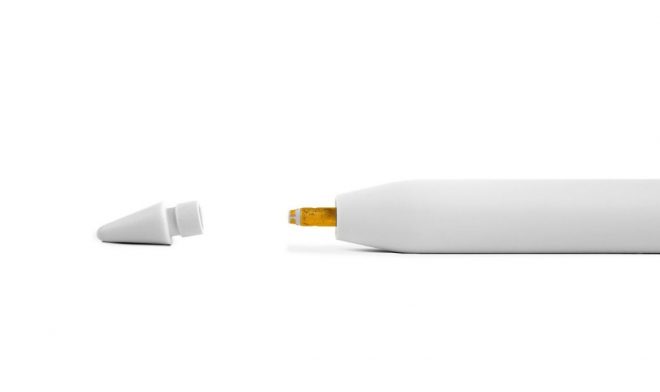