Designer Martin Hajek has tried what experts call a “design study”, by imagining an iPad Mini 3 that uses the general design lines of the iPhone 6 and its new direction. He used the new, soft and round iPhone 6 design language and the result is pretty hot, as shown below. 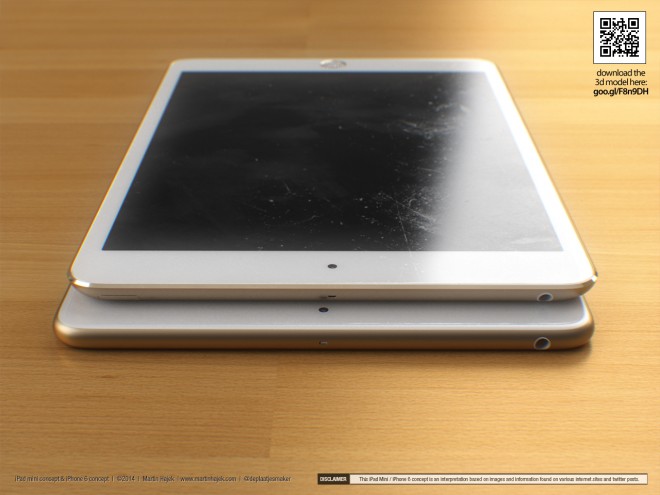 We also get a Touch ID fingerprint scanner on this model and the designer even offers a 3D model to download, so you can print it using your 3D printer. The new model gives up the slopes on the sides even more and makes the profile perfectly curved, as seen from the top. The On/Off button is moved to the side, while the speaker grille is now more pronounced. The volume buttons are closer to the edge and more highlighted and mute lock is gone.

The corners of the iPad Mini 3 are much more rounded and the design is sexier overall, I have to admit. Also the bezels of the screen are smaller. We haven’t seen much of the new iPad Mini in the previous leaks, that seemed to focus on the iPad Air 2 and iPhone 6 in both its versions. Even the iWatch got more action than the iPad Mini 3. Will it even be launched this year? 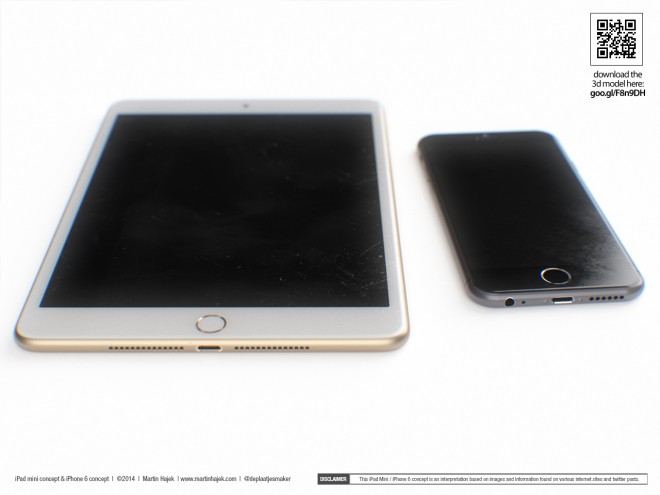